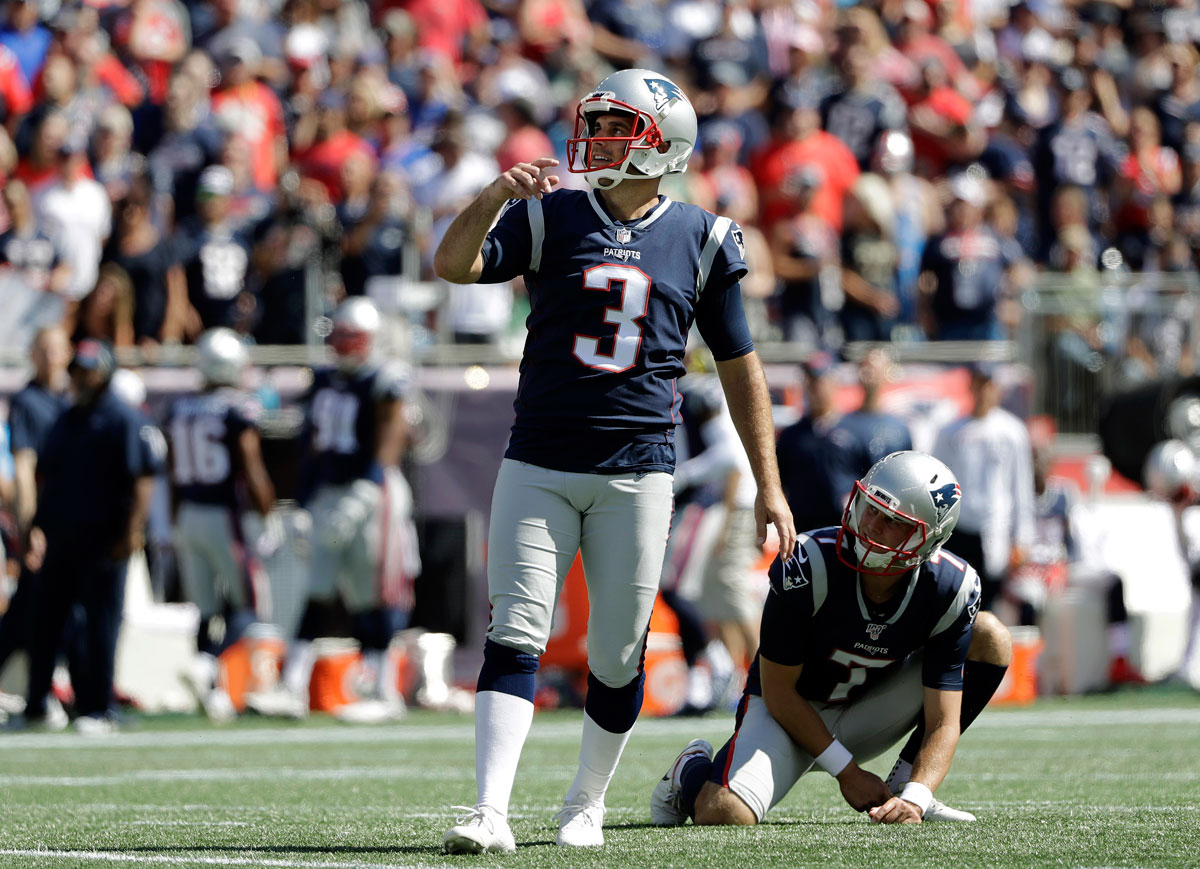 Sunday’s 30-14 win over the hapless New York Jets against continued a stretch of dominant play for the Patriots. After defeating the Steelers 33-3 on opening night, the Patriots took their talents to South Beach and stomped a borderline NFL team in the Dolphins 43-0 and then marched past the Jets in Week 3. There has been little to complain about in New England (on the field), with the Patriots steamrolling opponents and looking like a team primed to make another Super Bowl run. However, despite the early season success, the Patriots have several areas that have been subpar and will need to be improved if they want to be playing football in February again.

Tom Brady and the passing offense has been outclassing opponents thus far. They have made it look easy as they’ve averaged 311 passing yards a game and scored seven passing touchdowns. They have also hit several big plays in every game. The rushing attack, however, has been a different story.

In today’s NFL passing the ball is more important than running, but the run game is not obsolete and can play an important role when effective. The Patriots, despite holding big leads in games which should allow them to run the ball more, are averaging 97 rushing yards a game, 21st in the NFL. More concerning is the team’s 3.2 yards per carry average, which is 28th in the league. Sony Michel, the 2018 first round pick who was a key piece in the postseason last year, has been unable to get going consistently through three games. The Patriots can still win a lot of games based on their defense and passing attack alone, but they will be in situations later in the season where they will need to run the ball and it will take better production than they have had so far to get the job done.

Stephen Gostkowski has been a terrific kicker since 2006 for the Patriots, even if he has not given New England the iconic moments his predecessor did. Gostkowski has had many important field goals made in his career, but over the last two years he has also had some maddening misses. After hitting 92.5% of his field goals in 2017, he dipped to 84.4%, albeit while attempting fewer. His 2018 postseason was strong, with him 100% of his extra points and 5 out of 6 field goals, including one to seal the Super Bowl victory. The start to this season has been frustrating to say the least.

After a rocky preseason, Gostkowski has made 6-of-7 on field goals but has missed three extra points in three games. In fairness, he does have a new holder on field goals in Jake Bailey, but his misses are beginning to add up. Given that many important regular season games and postseason games can come down to one or two possessions, it goes without saying that the kicking game will need to improve.

The Patriots are lucky that a softer early season schedule will allow them time to work on these areas. When a teams starts 3-0 with three blowout wins, there is not much to complain about, but these two areas could come back to bite the Patriots if they do not improve them between now and January.