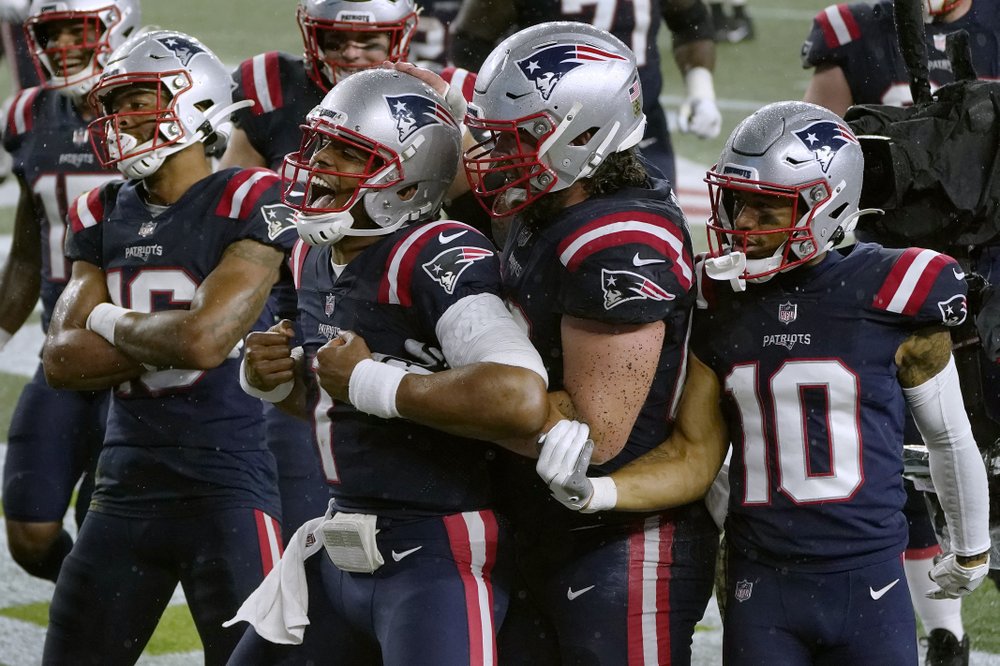 The Patriots held off the Ravens 23-17 on Sunday night to put themselves at 4-5 and within striking distance of the playoff hunt. New England rode Damien Harris (121 yards) and the ground game throughout the night and Cam Newton threw his first touchdown pass since September 27th. The defense, with some help from a driving rain storm, held the Ravens to 17 points including just one touchdown in the second half.

Josh McDaniels had a terrific night, targeting the Ravens thin defensive front with power runs and double teams while also dialing up a trick play in which former college quarterback Jakobi Meyers threw a touchdown pass to Rex Burkhead. Burkhead caught two touchdowns on the night. Meyers himself continued his strong play with five catches for 59 yards. The Patriots offense and special teams units were less affected by the weather than the Ravens, with the Ravens botching a 4th Down wildcat snap in the third quarter and a center/ QB shotgun snap in the fourth.

Rookie Kyle Dugger started at safety and had 12 tackles. The Patriots run defense was not smothering, but it was significantly better than it has been and frustrated Baltimore all night. The Ravens lead the league in rushing yards per game but the Patriots held them to 115 yards, which is significantly below their 170 yard average.

In the bigger picture, this win allows New England to have hope for a playoff berth. Despite being 4-5, New England does hold a tiebreaker over the Raiders and they have already beaten Miami once in addition to their victory of Baltimore. The Patriots will still likely have to go 6-1 the rest of the season in order to secure a postseason berth, but the path is plausible.

The Patriots also got significant contributions from multiple young players, which is something for them to build on as they transition to a new era. Defensively, Dugger was sensational, JC Jackson recorded another interception and Josh Uche had his first career sack. On offense, Michael Onwenu gave up a sack but besides that continued his stellar play at right tackle. Meyers looks like a legitimate NFL wide receiver and Harris appears as though he will keep the starting running back job for a long time.

The win over the Ravens was a large one for the Patriots, but this doesn’t automatically mean they’ll be playing in mid-January. New England fans are used to their football stringing together good wins, but they have not done that yet this season. They have an opportunity to get rolling and pick up their third straight victory against Houston on Sunday followed by a home game against Arizona. If this new era Patriots is truly taking steps toward, we’ll know by how they came out against Houston.