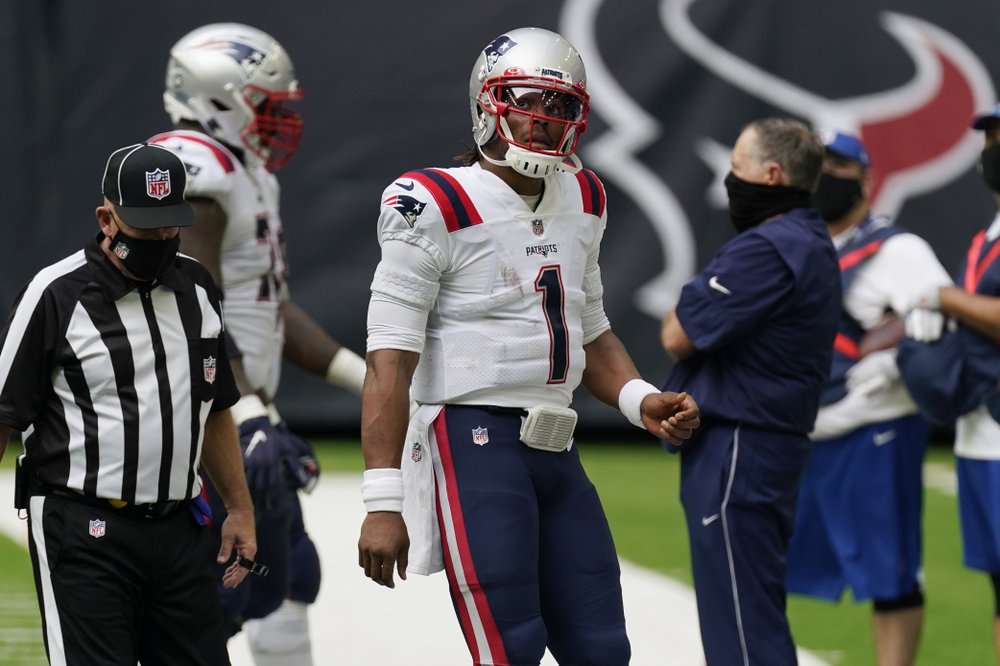 The Patriots dropped a disappointing game to the Houston Texans, 27-20, on Sunday and are now seeing their chances of playing in the postseason dwindle. The Patriots showed some flashes of good play, but as has happened in several of their losses this season, execution at the end of each half killed New England.

The game ended with a Hail Mary that was caught 10 yards short of the end zone. New England was not able to move far enough forward for a reasonable chance in part because Gunner Olszewski did not fair catch the Texans final punt and wasted precious seconds to gain a few yards. The previous possession saw the Patriots have a fourth and four at the Texans 24 yard line, but Houston brought intense pressure and Cam Newton wasn’t able to find a receiver open. He was only able to fling the ball a few yards forward and it fell harmlessly incomplete.

The real killer for New England was the last five minutes of the first half. With five minutes to go, the Patriots led 10-7. By halftime, they were down 21-10. Their defense was shredded and could not hold the Texans to even a field goal on back to back possessions, allowing touchdowns on both. While the Patriots defense was getting run by, the offense was stagnant, punting on two out of their final three possessions including a three and out in between the two Houston touchdown drives.

Needless to say, Sunday’s result was frustrating and disappointing. With Miami, Baltimore, and Las Vegas all losing, New England squandered a great chance to gain a game on all of them. Newton and the offense have now had four games in which they were losing by seven points or less with less than five minutes to go and had the ball. They have lost all four of those games. The Patriots are not totally dead, but their road to the playoffs has shrunk to a balance beam.