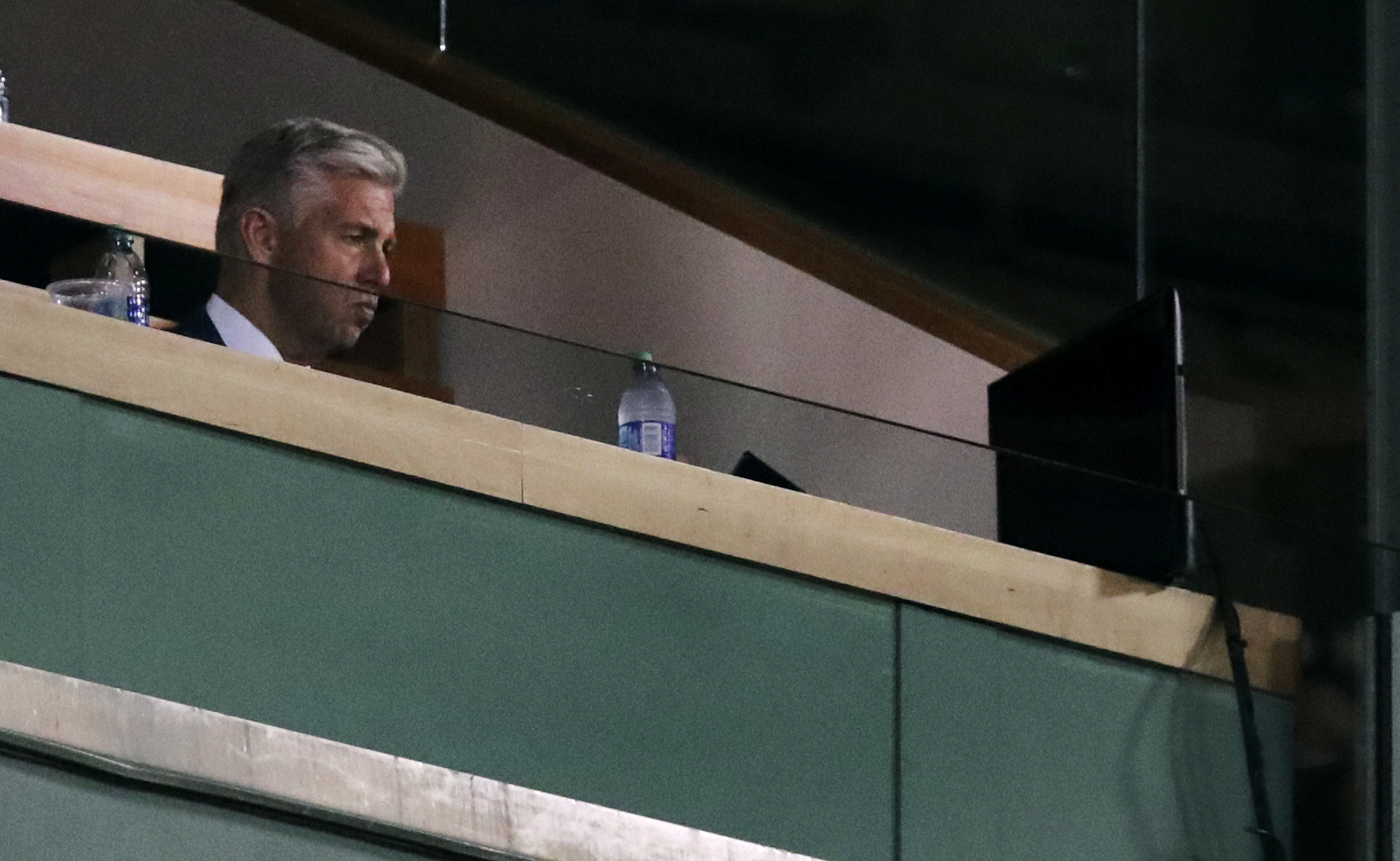 Shame on Head of Baseball Operations Dave Dombrowski, who built a team going into the season without a legitimate closer in a modern game that requires one.

Shame on Dombrowksi for his huckster histrionics in the press conference after the trading deadline passed and he sat on his thumb, failing to do anything to rectify the bullpen issues, the giant dancing elephant in the room.

Shame on Dombrowski for trying to bullshit some of the more intelligent fans in all sports, disparaging us with his disingenuous euphemisms, telling us his phone was ringing off the hook with teams interested in trading for bullpen legends like Heath Hembree and Marcus Walden.

Shame on Dombrowski for not telling it straight: the Red Sox didn’t believe this team was capable of competing or worth securing help for a bullpen that has been hemorrhaging runs all season. No. Nathan Eovaldi doesn’t count.

Shame on manager Alex Cora and pitching coach Dana LeVangie for failing to prepare their players, particularly the starting pitchers, to begin the 2019 season, taking a laissez-faire approach to the month of April, where the team dug a hole that’s now looking to be about six-feet deep. But, hey, if you didn’t hear, the Red Sox won the World Series last year.

Shame on David Price for perpetuating a petty middle school feud with one of the greatest closers of all time and one of the most affable guys associated with the team, Dennis Eckersley. While the Red Sox were still battling for a Wild Card spot, Price was still chirping about an encounter on a plane, which he instigated. Don’t think there was a single fan who didn’t smile when Eck pointed out from the NESN broadcast booth that Tampa was “handing [Price] his lunch” while Tampa was handing Price his lunch. Price-less.

Shame on me for a terrible pun.

Shame on Chris Sale—not as much shame, but shame nonetheless—for signing a five-year $145 million contract then putting up numbers that would get some slingers sent back to AAA (currently 5-11 with a 4.68 ERA and 22 home runs against him) to straighten things out.

Shame on all the Boston Red Sox players—minus a handful, like Xander Bogaerts, Rafael Devers and Christian Vasquez—for failing to play with a sense of urgency, for watching the season spin down the shitter while whistling show tunes. Shame on the players for losing eight games in a row against their division rivals and effectively ending their season on Aug. 4.

Shame on President and CEO Sam Kennedy who will continue to charge some of the highest ticket and concession prices in baseball while presenting a product that they essentially threw overboard. But, hey, if you didn’t hear, the Red Sox won the World Series last year.

Shame on the collective organization for having one of the most talented teams on paper but deciding to surrender the season and hope that fans will remember that the Red Sox won the 2018 World Series in five games against the Los Angeles Dodgers.

It’s a shame, but I’ve already moved on from it.