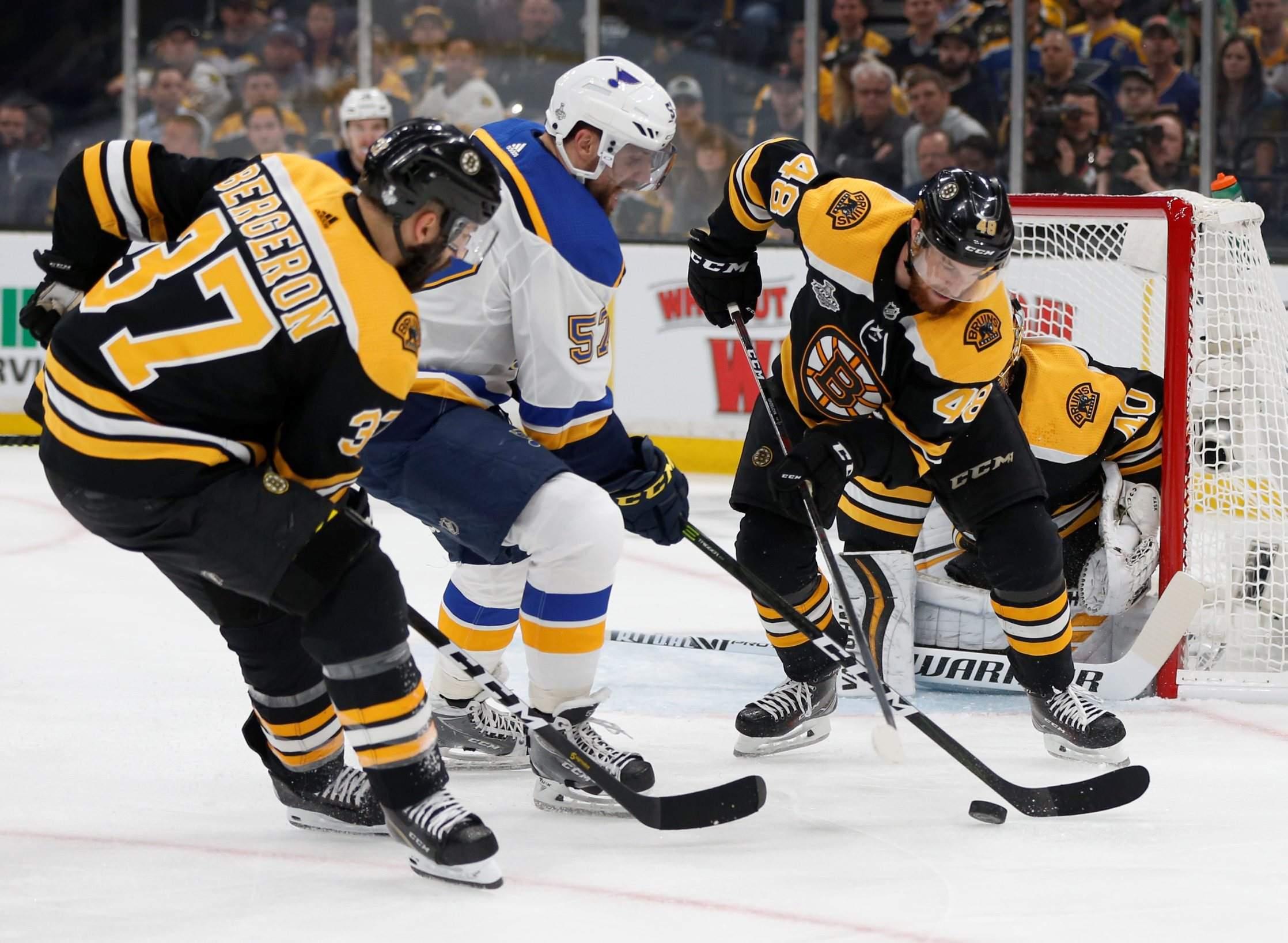 On the precipice of glory.

The opening guitar riffs of “Show Me How to Live” blared over the TD Garden speakers as Chris Cornell’s salty vibrato resonated through the electric atmosphere. An epic theme song to a Stanley Cup Finals that so far, has emphatically surpassed its hype. We have two teams,  the Boston Bruins and the St. Louis Blues, writing a story every bit as intriguing as the other game of ice and fire. So, if for some reason you’ve been ignoring the NHL’s ultimate showdown, let’s get caught up, okay?

First, Bruins head coach Bruce Cassidy must find a way to compensate for Zdeno Chara’s potential Game 5 absence. After taking a brutal puck to the face, leaving his beard crimson and his jaw broken, Boston’s veteran captain and essential cog could miss the tipping point of this series.

Covering Chara’s shift perhaps will be Steven Kampfer. a seasoned replacement. Coach Cassidy favors experience at this level, shying away from inserting rookie Urho Vaakkainen when it’s do or die. Said Cassidy, “that would be a big ask.”

Don’t get me wrong, the Bruins are a superb hockey team. But, the Blues just won their first-ever finals game in St. Louis, knotting up the series, and, probably turning it into a seven-game affair. It means that Boston needs its leader for each remaining contest. The Blues and Bruins have curiously traded blows in both come-from-behind games and landslides. The presence of someone who can evenly temper those sporadic swings, is invaluable.

Boston erased an early deficit in Game 1 to etch a dramatic  overtime victory. Then, the team uncorked a 7-2 route versus the Blues in Game 2, forcing them to pull Binnington in the second period.

And yet despite this, the series is tied.

Momentum carries over to future games in most sports—I’m a stringent proponent of that philosophy. But, not in hockey. At least not right now. Attribute that to the nature of hockey at its core: an odd bounce here or there, a ricochet off the crossbar, changes the game immensely.

The real game changer? A hot goalie. Something which netminder, Tukka Rask has not necessarily been thus far in the series. Boston’s searing offense has bailed out lackluster performances from Rask, who started 45 games in the regular season.

He amassed a 27-13 record during that stretch. But one thing I know for sure about playoff hockey, since the first time I saw the Russian Five skate for the Detroit Red Wings, is this: the team with the hot goalie wins the whole damn thing.

Lord Stanley’s Cup won’t end up in the hands of the club without leadership either. So, ask yourself this question: who will step up with Chara saddled on the bench? Zdeno is an intangible. His warrior-like resolve provides residuals to his teammates. Teammates like 30-year old Brad Marchand, responsible for 9 game-winning goals in the regular season. He’s a finely tuned assist machine too.

With both teams halfway home, each opponent must respect one another. The Blues didn’t fluke their way into the final series. Despite allowing an onslaught of goals in Game 3, St. Louis still ranks 6th in the NHL for goals allowed. We’ve witnessed aggressive power play attacks anchored by Jaden Schwartz and Ryan O’Reilly, the Blues two leading playoff scorers. They also possess a ravenous fanbase from a city yearning for a title.

The Blues are extremely efficient when it comes to netting even-strength goals. Boston plays a physical brand of hockey; often, leading to increased penalty minutes. That’s a category they can ill afford to concede. In other words, don’t play like Iceland’s coach from D2: The Mighty Ducks. This series is far from over, and if the first four games have told us anything, we’re primed for an exhilarating finish.

Though it was merely one instance, Audioslave not only provides the perfect soundtrack for the Stanley Cup Finals but also serves as a great analogy for the playoffs in sum total. Their hooks drive relentlessly like the crucial battle for loose pucks. Their drumlines provide a rhythm and pace to the on-ice action. And this whole series, it’s like a favorite song you simply don’t want to end.