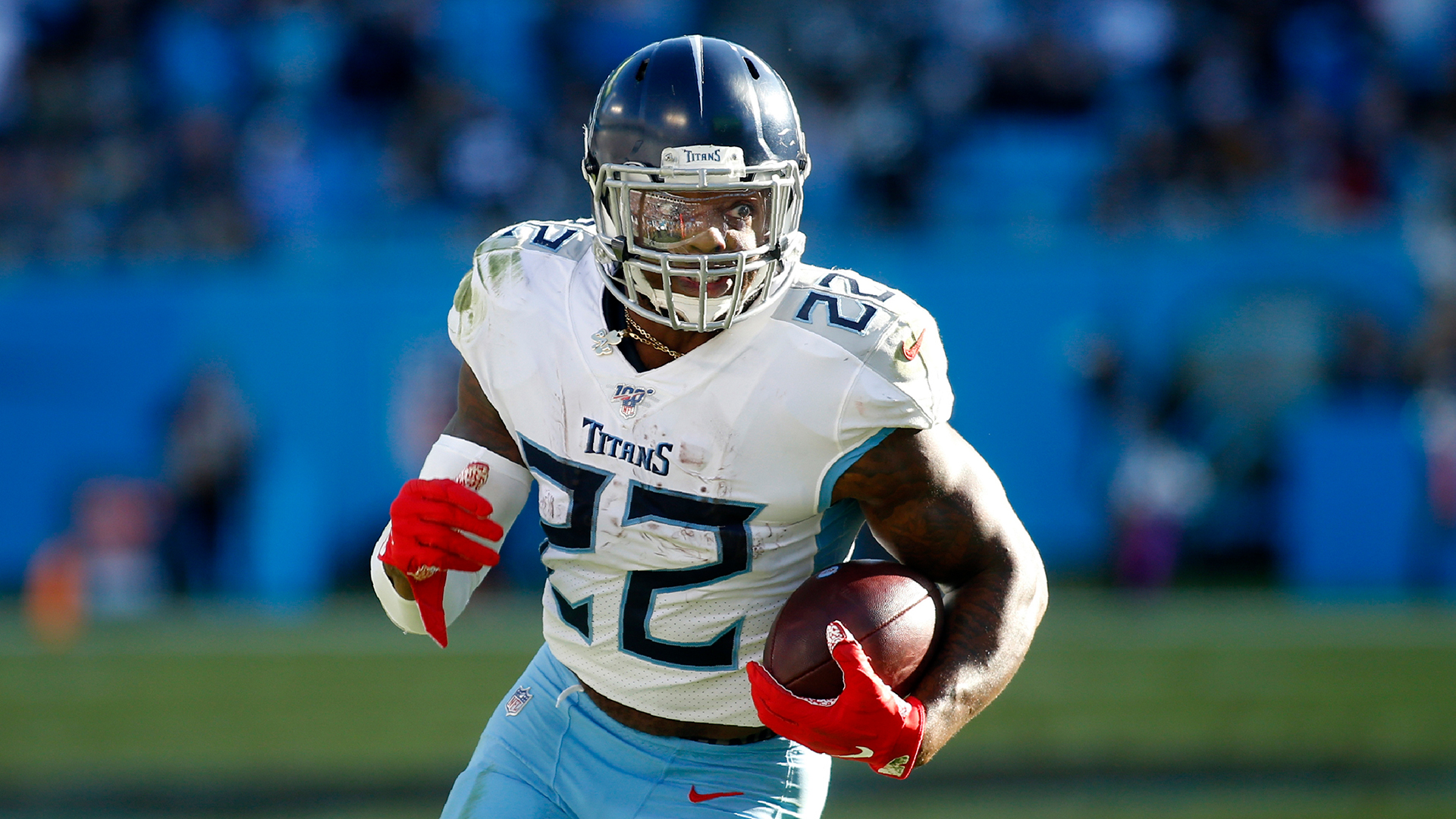 When the Patriots face the Titans Saturday night in their Wild Card round playoff game one of their chief challenges will be slowing down Derrick Henry. The Titans running back ran over opponents this season his way to capturing the NFL rushing title with 1,540 yards. Henry accomplished that feat playing in 15 games for Tennessee and was especially effective down the stretch, averaging 141.6 yards per game over his final five games.

The Patriots faced Henry last year and held him to just 58 yards, but that was on a day the Titans threw the ball well and won 34-10. Even though he was held to 58 yards, Henry still averaged over 5 yards per carry in the game. The 6’3”, 247 pound running back looks more like a linebacker or defensive end than he does a runner, but make no mistake, he is a terrific back. Henry can use his size to run defenders over, but can also make defenders miss and use his speed to break away for long runs.

Patriots defensive line coach Bret Bielema coached against Henry in college and has had high praise for him this week. Bill Belichick also said Henry is “the best back we’ve faced all year.” And the Patriots have faced plenty of good running backs in 2019.

The Patriots have had issues with top end running backs this season. Nick Chubb, Joe Mixon and Mark Ingram all ran for over 100 yards and ripped of multiple big runs against New England’s top ranked defense. Ezekiel Elliot totaled 86 yards, but could have had a lot more if the Cowboys had chosen to use him more.

In an age where throwing the football is more effective than running, the Patriots will have to contend with a running back who could end their season if he is not held in check. Expect the Titans to pound the ball with Henry early and often and look to pass off of it. Titans head coach knows the Patriots well and he knows that the best way to win in Foxboro is to play without fear and not stop attacking the Patriots. Look for him and Tennessee to come out with no fear on Saturday night with Henry leading the way. If the Patriots can slow him down, they’ll be playing in Kansas City next weekend. If not, they’ll be watching.