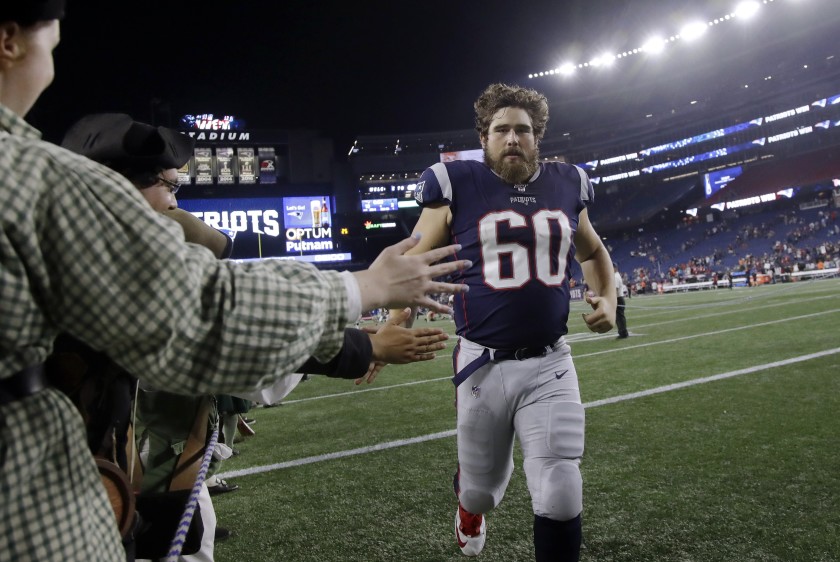 The Patriots offense suffered a blow earlier this week when reports surfaced that starting center David Andrews would be out for an extended period of time. Though offensive linemen often remain anonymous members of football teams, they are nonetheless critical to a team’s success and Andrews is no different. His loss will hurt the Patriots offense throughout his absence.

Andrews came to Foxborough as an undrafted free agent in 2015 and became just the third undrafted free agent to be an opening day starter under Bill Belichick. Andrews performed so well that the Patriots were comfortable moving on from Super Bowl XLIX starter Bryan Stork. Since then he has started 66 games and been a stalwart along the offensive line for New England.

The center’s job is one of the most important on the offense. It is the center’s responsibility to ensure the offensive line is working together, setting the proper protections on pass plays, and snapping the ball to (in this case) the greatest quarterback ever to play.

You might not have heard much about Andrews when watching Patriots games, and that’s a good thing. The better the center plays, the less you hear about them. Andrews has developed a rapport with Tom Brady and has been a consistent protector of the quarterback and blocker in the run game. Without Andrews, the Patriots will have to likely rely on backup lineman Ted Karras to handle the center duties.

While Karras has proven a serviceable lineman during his career, Andrews will not easily be replaced. For an offense that is looking to run the ball more in 2019 and protect a 42 year old quarterback, Andrews’ injury comes at a bad time. One of the hallmarks of the Patriots dynasty has been their ability to adjust to any given situation and the loss of Andrews will require a large one.