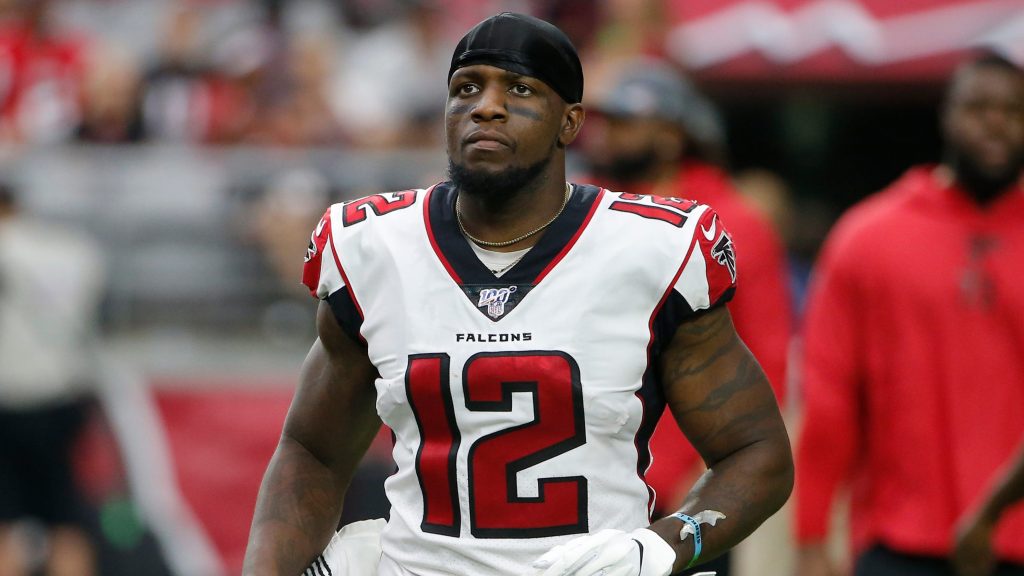 After the Patriots beat the Jets 33-0 on Monday night, they quickly moved on to addressing one of the areas that still raises concern after their 7-0 start: wide receiver. New England has had a long list of injuries that have prevented their pass catchers from getting on track. Phillip Dorsett has missed time due to injury, Josh Gordon has been hobbled and Julian Edelman is not fully recovered from his rib injury. The Patriots have also been without first round pick N’Keal Harry all season due to injury. With that in mind, the Patriots swung a trade Tuesday morning to acquire Falcons receiver Mohamed Sanu.

New England paid a second round pick, a seemingly high price, for Sanu. However, Sanu could very well end up being a key piece to a Super Bowl run and therefore justify the price. Sanu is currently the third wide receiver on the depth chart in Atlanta behind Julio Jones and Calvin Ridley and figures to fill a larger role in New England, especially while the injury riddled Patriots receivers work their way back.

Sanu has experience playing both the slot and outside and at 6’2”, 215 pounds he can be difficult to cover for corners on the outside or safeties in the slot. His versatility will be especially key for an offense that is dealing with limitations on both the inside and outside. Sanu can stretch the field and get first downs; he is currently averaging 9.5 yards per catch and has averaged at least 10 yards per catch every year from 2014-2018. Of Sanu’s 66 receptions in 2018, 40 of them accounted for first downs and out of his 33 receptions this year, 16 have moved the chains. This will be a valuable asset for an offense that has had trouble getting first downs on the ground consistently and that has relied heavily on Edelman to move the chains.

Sanu is also relatively affordable at $6 million this year (which will be prorated) and is signed through next year at $6.5 million. Sanu is a player that will be able to come into New England and immediately shore up the receiver position. He will also fit nicely once the rest of the receiving corps returns to full health. At 30, he is still young enough to give the Patriots a strong return for their second round pick. The Patriots will be entering the toughest stretch of the season in November, but having Sanu will make Tom Brady breathe a little easier.