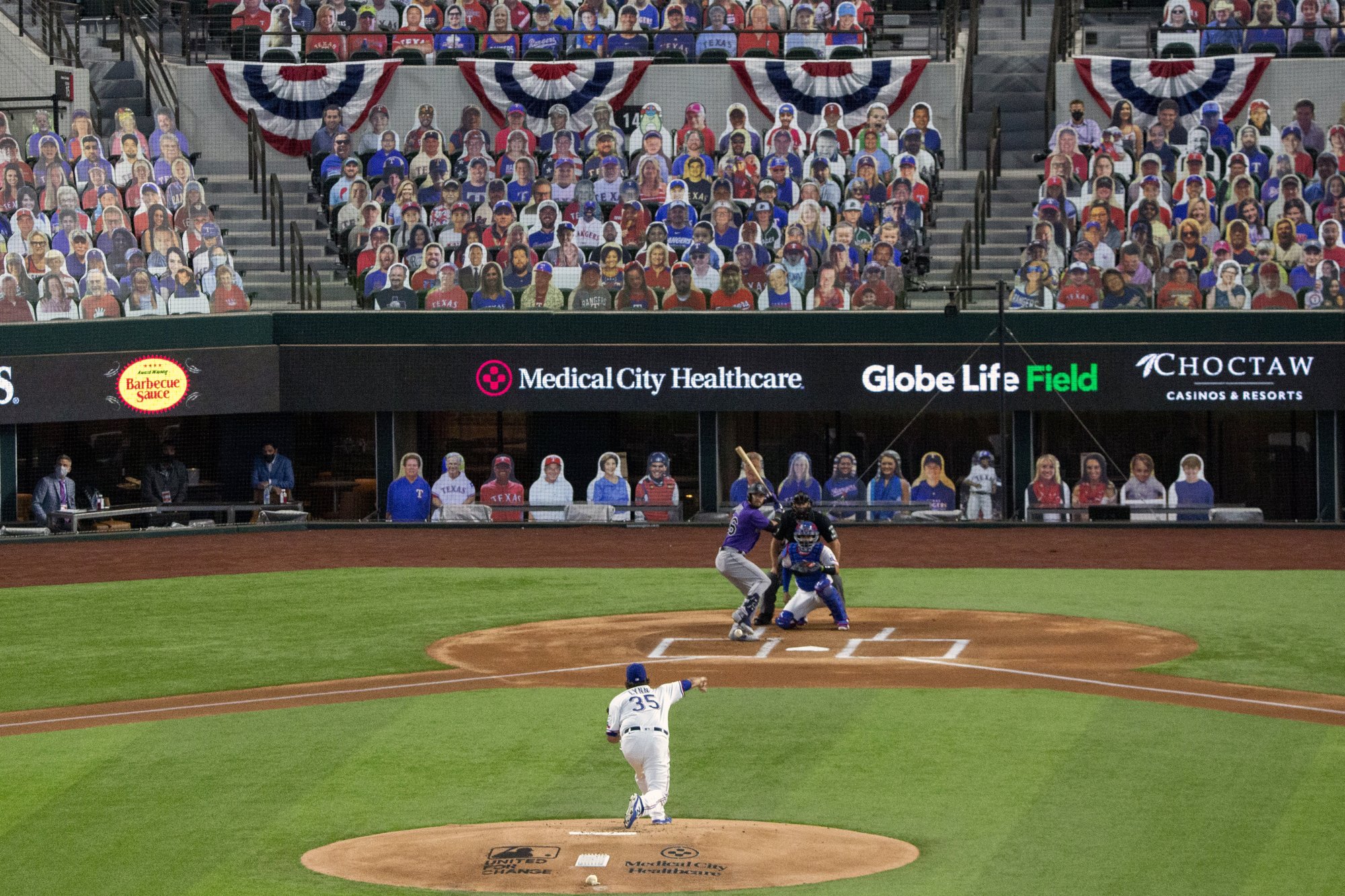 I have not in the time of lockdown turned into an Apple computer from the 80’s. This year is simply a bad beat. And even though we’re in like, the fifth month of the COVID-19 pandemic, we are still collectively struggling to accept our new normal. At the outset of this thing, experts spoke of “flattening the curve,” which worked until people realized how much they missed Space Mountain. Now, instead of a gradual emergence out of this nightmare, we are spiking the “curve” like the world’s worst volleyball match.

And now, ever so fittingly with Dr. Fauci having thrown out the first pitch, America finally has a beacon of hope, something to turn the tide. Enter Major League Baseball. My favorite sport is back with a tantalizingly brief 60-game season that will look a hell of a lot different than what you probably remember.

Dystopia-induced empty seats won’t be the only noticeable difference fans witness during this quick hit sprint of a season. It will feel different too for reasons we will discuss now. Time off was the MLB’s worst enemy as high-profile starting pitchers like The Nationals’ Max Scherzer, and Blake Snell of the Tampa Bay Rays, seizing headlines for all the wrong reasons. These two, and I’m sure several less vocal others, want their money. But prorated salaries or not, these guys are completely tone deaf in the face of a pandemic that has all but guaranteed that the “2020 Year In Review Highlight Video” will be about seven seconds long. And hopefully, Fox’s puzzling virtual fans from the original Nintendo era, will not be included in that video.

If you allow yourself to narrow your gaze on the TCL Roku TV to only the action on-field, you’ll be pleasantly surprised to find out not much has changed. Oh but the reality is that plenty has changed. Did you hear both leagues use a DH? Also, the playoffs will field 16 teams: a very last-minute decision Rob Manfred and The League made like they were buying a copy of Us Weekly in the self-checkout aisle.

Well, I’m in. I hope we get all 60 games and for every playoff series to go the distance. The absence of baseball proved that we needed baseball. Even people who thought WAR was a song and BB stood for “best buds” need the game right now more than ever. I’m incredibly fortunate that on a good day, I can walk to Wrigley Field in a little under a half hour. And in the last couple weeks, that walk was a torturous exercise knowing that I, and multitudes of fans like me, am on the outside looking in. And what we are feeling here in Chicago is not a phenomena exclusive to the Midwest. Perhaps you’re reading this in Boston envisioning yourself atop the “Green Monster” clutching a $9 Sam Adams whilst cheering at Jackie Bradley Jr. making an acrobatic catch.

The mere fact alone that baseball fans can wake up and tinker with their fantasy lineups is incredible, though it may be a feeling short-lived. Down in Miami, the Marlins have indefinitely postponed games due to the increased spread of COVID-19. It’s worth noting that the state of Florida and its governor Ron DeSantis, are doing about as bad a job as humanly possible in managing the coronavirus outbreak. This threatens to set into motion a ripple effect for professional sports in America. The so-called “NBA Restart” is set to tipoff in the Walt Disney World bubble. The NFL and NHL are waiting in the wings too. Will there be wholesale changes? League commissioners have already mandated protocols like contact tracing and temperature checks, so what’s next?