When the NBA on ESPN comes to town, you can usually find Cassidy Hubbarth on the sidelines. Hubbarth is an NBA television veteran, hosting events such as the draft lottery and the Celebrity All-Star game. She’s also been a sideline reporter for a number of years, interviewing the best coaches the NBA has to offer. Whether she’s talking to the coaches in between quarters, or the stars after the game, Hubbarth is as close to the action as you can get. With a pivotal Celtics-Bucks Game 3 looming tonight at the Garden, Hubbarth shared her thoughts with Dirty Water Media on how the Celtics may fare for the rest of the series after the two teams traded blowout wins in Milwaukee.

“There is a game plan to limit Giannis Antetokounmpo, but guys like Khris Middleton can’t hit seven threes and the Bucks hit a playoff high 20 three pointers in Game 2, which opens up a lot of space for Giannis,” Hubbarth said regarding what was learned in Milwaukee. “What we saw was the Bucks play their worst in Game 1, the Celtics play their worst in Game 2, so what we don’t know is whether they can put together good games in Game 3 and what adjustments will these wizards of head coaches going to make.”

The secret to the Bucks success in Game 2 was the adjustments Milwaukee made after the Celtics rocked them in Game 1.

“It really starts on the defensive end, switching 1-5 and the Celtics not taking advantage of that mismatch,” Hubbarth said. “The Bucks did a good job forcing Kyrie right and really limiting him. The fact that he had his worst playoff game in his career, the Celtics can’t win like that. Kyrie is the straw that stirs the Celtics drink and if he’s limited — and the Celtics as a whole are being held to 39% shooting — they’re not going to win like that. They’re going to need to figure out ways to take advantage of that mismatch, they’re going to need to limit Giannis in transition because when he gets a head of steam, we know he’s hard to stop. We know Al Horford can guard Giannis straight up, so they’re ability to control the pace is what the Celtics need to focus on.”

But it’s going to take more than Antetokounmpo to step up for the Bucks to continue their momentum at TD Garden Friday night.

“Khris Middleton, He’s the second best player, he’s the other All-Star,” Hubbarth said. “He’s what creates space for Giannis to dominate inside. When he’s hitting, it changes the dynamic of the floor spacing for both teams. When Khris is working, we saw Eric Bledsoe become more effective too, absolutely Giannis is the second most important player because of how well he works with Giannis.”

On the Celtics side, we’re finally seeing the Gordon Hayward the Celtics hoped to see when before his devastating ankle injury and his progress will be key if the Celtics are to advance. 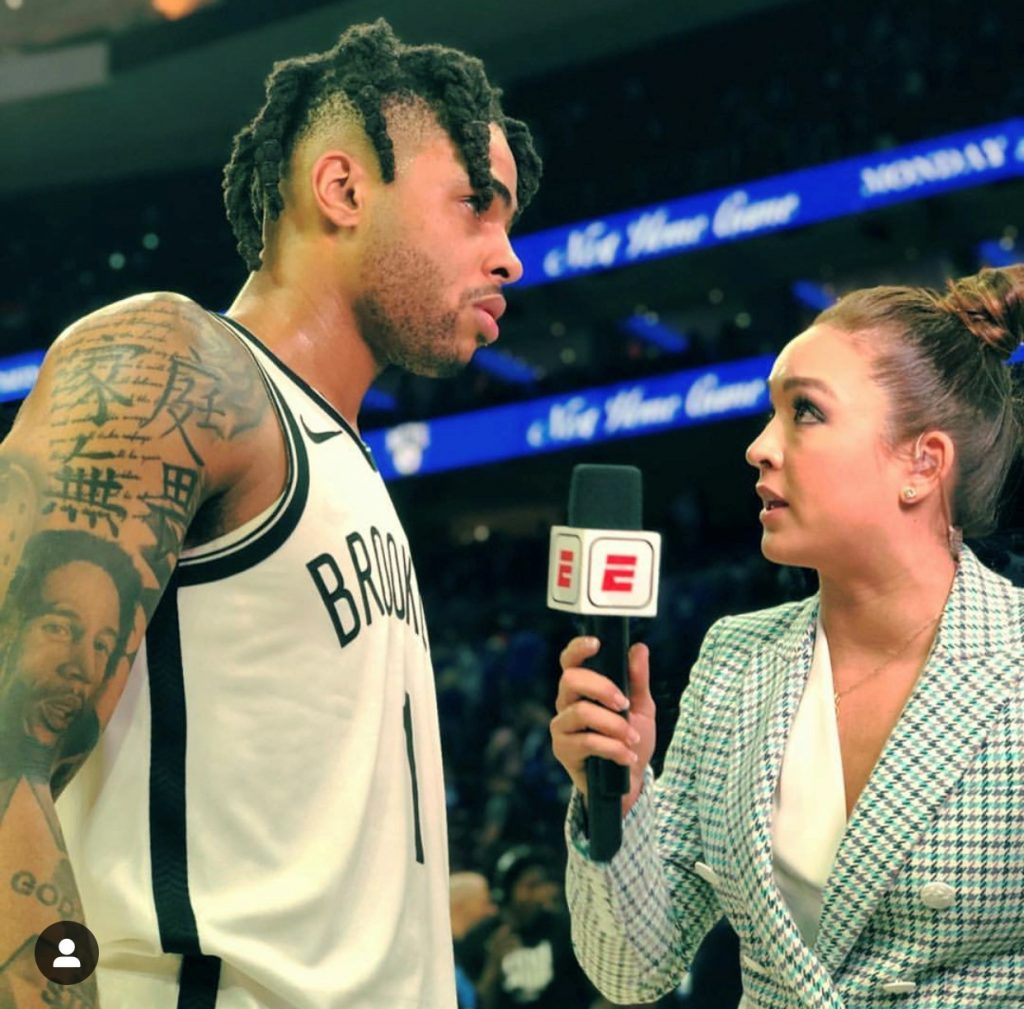 When NBA on ESPN comes to town, you can usually find ESPN’s Cassidy Hubbarth on the sidelines.

Even if Hayward does’t rise to the level of his Game 1 performance, Hubbarth believes the Celtics can still move on.

“Yes, because they have the talent,” Hubbarth said. “I’ve always said that about the Celtics, they have the highest ceiling out of all the Eastern conference teams, they also have the most potential to implode because of all the things that we’ve seen this year. With Kyrie’s playoff experience, Al Horford’s playoff experience, the depth that they have, they have the highest ceiling among the Eastern Conference teams. Obviously if Hayward were producing, that makes them more dangerous, but they have so much depth, which we saw last year when they were able to make it to the Eastern Conference finals without Kyrie, without Hayward, so they have pieces that can compete.

“Anything’s possible with this Celtics team, and they have an amazing coach. To say that they can’t make it past the Bucks, even though the Bucks were the best team in the regular season, I just feel like this team has enough grit, has enough talent, to achieve a lot in these playoffs.”

Hubbarth would not venture to guess how a deep Celtics playoff run would affect Irving’s decision to re-sign with the Celtics.

“I couldn’t possibly know that, and I couldn’t even speculate that,” Hubbarth said. “Irving is someone who has hinted that he hasn’t made up his mind yet, despite early on having a commercial where he wants to see his number in the rafters with the Celtics. But then I did that game in New York where he says that he didn’t ‘owe anybody sh**.’ To try to guess what Kyrie’s going to do is a waste of time right now. Like he said, this is why they traded for him, he needs to focus on performing in the playoffs and leading this team, because he wanted to be the No. 1 guy and he is for the Celtics. This is not just for his free agency, this is a big, personal playoffs for him as taking that next step as a superstar. He already is a superstar but there’s a next step for him as a superstar and a leader in this league, so this is a big moment for him that shouldn’t be overlooked just because of impending free agency.”