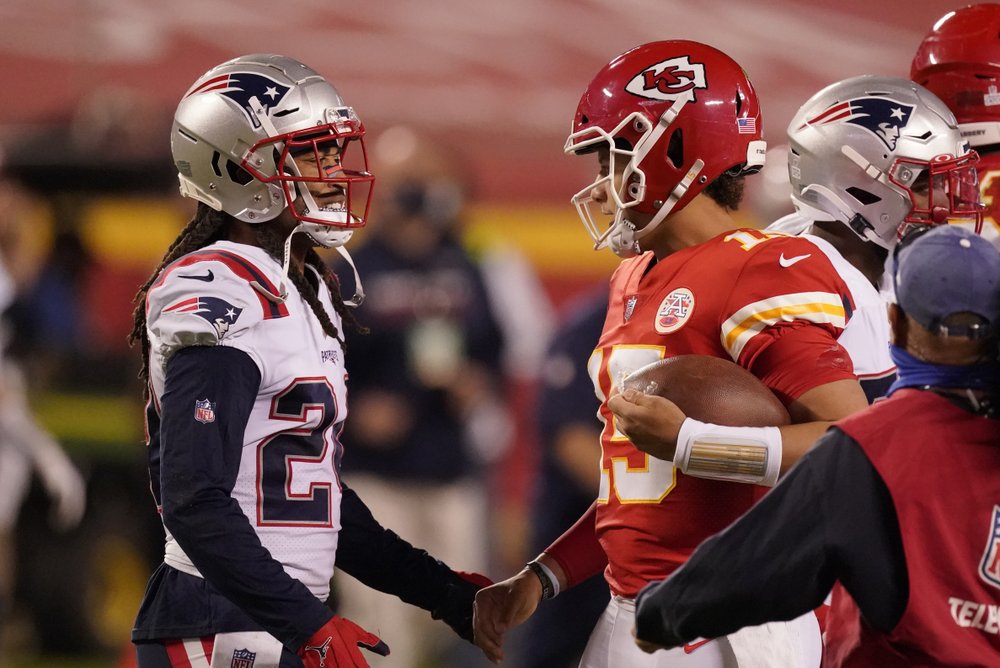 The Patriots just experienced one of the weirdest 72 hours in recent NFL history. For starters, they lost their starting quarterback two days before a game and traveled the day of said game to the home of the defending champs. In the game itself, New England got the worst quarterback play it has seen this century while Brian Hoyer was playing and missed hauling in multiple interceptions on defense. They also suffered one the most egregious blown calls of the season on what should have been a strip sack.

Any of those things could cause a team to lose a game, but the Patriots showed terrific resilience and despite a 26-10 loss New England does have some things to feel good about.

Despite the score, New England was not thoroughly outplayed; it was a 13-10 game in the fourth quarter. The outcome had more to do with their own mistakes, especially in key situations. Not often that sentence can be true about a Bill Belichick coached team. The first mistake was on the first drive for Kansas City when Devin McCourty had an interception hit off his hands. The Chiefs ended up getting three points out of a drive that should have ended with a turnover.

When the Patriots offense did take the field, the passing game was inept. New England ran the ball well throughout the game and considering that they were without David Andrews and Shaq Mason, the performance of the offensive line was excellent. The team rushed for 185 yards including 100 from Damien Harris in his debut.

Brian Hoyer is supposed to be a solid veteran who can fill in for a game or two while still giving your team a chance to win. None of those things were true on Monday. Hoyer was overthrowing receivers from the outset and eventually paid for it with a bad interception over the middle. The worst moment of the game for New England came on the last play of the first half when Hoyer, a player who has been in the league since 2009, took a sack while in the red zone with no timeouts left and the clock ran out. That’s the first three points off the board for the Patriots due to Hoyer. The second three (at least) that were taken off the board from Hoyer came in the second half. New England was driving and got to the Chiefs five-yard line. After a penalty, Hoyer was strip sacked on third down. There was initial pressure and Hoyer felt hands getting on him, but rather than go down or throw the ball away he stood in the pocket and was eventually stripped. After that, Jarrett Stidham was inserted into the game as Patriots fans wondered why it even took that long.

Stidham threw two interceptions, but one of them hit off both of Julian Edelman’s hands. The other one was a poor throw when he had a receiver open deep. He did have a nice throw on a touchdown to N’Keal Harry and immediately showed more upside than Hoyer. If Cam Newton has to miss more time, New England should prepare and start Stidham.

The Patriots defense did as well as anyone can do against the Chiefs. They held Kansas City to 19 offensive points and the score was 6-3 at halftime. They forced a fumble as well to tilt momentum back to New England after the Hoyer interception. In addition to the McCourty missed interception, J.C. Jackson also missed an interception on a drive that later resulted in points for the Chiefs. The Patriots also strip sacked Mahomes but the officials incorrectly called that he was down before the ball came out due to forward progress. Despite the missed opportunities, it’s tough to complain much about a unit that held the Chiefs to 19 points, 323 total yards and 4-11 on third down.

It is not crazy to say that the Patriots should have won a game they lost 26-10. Perhaps if Stidham had been inserted earlier, or Hoyer had not played as poorly, or the defense had come up with another turnover the outcome would have been different. Even at the point that the Chief’s pick-six hit off Edelman’s hands it was a nine-point game. New England had four turnovers, their most since 2012. It is easy to be frustrated after a loss like this, but it is unlikely the Patriots will have quarterback play this bad any time soon and several of the other mistakes are also unlikely to repeat themselves. However, the result is the result and for the Patriots to compete with the 4-0 Bills they will have to clean up these mistakes and return to the mistake-free team that New England fans are used to seeing.