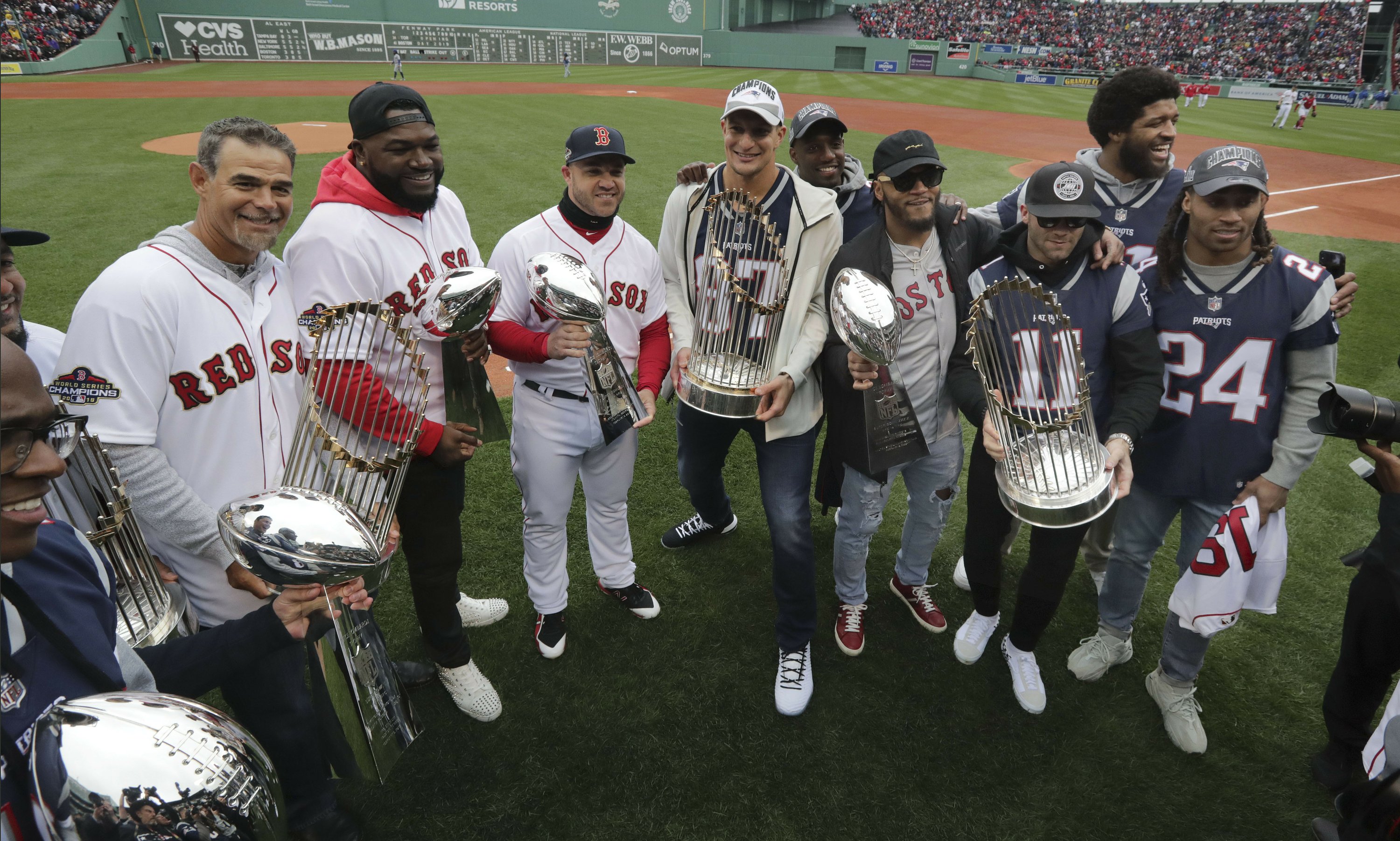 Or perhaps, don’t look at all. Seemingly out of nowhere, Boston’s venerable sports teams find themselves in a torrid state of upheaval. The New England Patriots and The Boston Red Sox, a pair of sports most proud and celebrated franchises, face historic uncertainty. Albeit, for radically dissimilar reasons. In the case of both teams, there is more to unpack than a college student studying abroad in Switzerland. So let’s get started.

The first misery arrived with the changing of the calendar; though, it has been coming for some time.  Just as many of us finally cleared out the last remnants of confetti from our formal wear, Tom Brady’s Patriots were dismissed from championship contention by Mike Vrabel’s ferocious Tennessee Titans. According to numerous reports, Brady, 42 years young, wishes to play until he’s 45. Just not necessarily with the Patriots.

Now, you’d have to be a Princess Bride-style “great fool” not to realize by now that Jimmy Garappolo, Brady’s former backup, has a date set with the electrifying Patrick Mahomes in Miami for Super Bowl LIV. With the level of talent on display this postseason between San Francisco and Kansas City, perhaps it’s a moot point to suggest that New England ever even had a real shot this year. But, did the Patriots give up their future as well?

TB12 finished in the middle of the pack statistically in too many of the categories that matter. Like, his 60 percent pass completion rating. Part of that can be attributed to a plague of injuries to key playmakers like Julian Edelman. But a larger part still is attributable to his decline in skill while on the wrong side of 40.

While the NFL’s present crop of contenders ponders the different ways in which they can replicate even a fraction of what the Patriots have accomplished, they do possess a commodity Belichick’s team lacks: a young quarterback. And, that in itself is untenable. The bottom line is this: New England’s day of reckoning is here.

But at least our baseball team is set, right? Wrong. In the throes of an unprecedented scandal, the Boston Red Sox fired skipper Alex Cora after his involvement with former Astros manager A. J. Hinch and his 2017 sign-stealing World Series squad (with an asterisk). Using an elaborate scheme of video, wires, and bucket banging, the 2017 Houston Astros defeated the Los Angeles Dodgers.

Setting aside my personal feelings about what that means for the legacies of players like Justin Verlander, this is an explosive scandal that’s eaten up headlines on sports blogs and non-sports blogs alike. And yes, not only was Alex Cora a part of it, he deserved to be punished for his role. Speaking of which, per league sources, neither the Astros nor the Red Sox will be stripped of their 2017 and 2018 World Championships respectively. Why is that? My hypothesis? Commissioner Rob Manfred knows that his league is in a perpetual Miley Cyrus-style uphill battle for positive public perception.

So, he wants one less negative topic pertaining to baseball for people to talk about. There’s certainly not a lack of those trending currently. Here are some examples: The games are too long. The rules are disjointed. The players get paid too much (or too little). You get the picture. And, even though Alex Cora was involved in one of the league’s most infamous weeks where literally three managers were fired in four days, the tenor suggests that the sports world finds the discipline a tad lenient.

That’s not a fair shake for baseball. And, there’s an equally unfair reason for that: it’s not as popular as other professional sports. The NFL, for instance, which consistently endures scandal involving soberingly heavy issues like domestic abuse, regularly  comes out on the other side of disgrace with more viewership than before.

New England made a habit out of escaping controversy during the Deflategate era. And Tom Brady, the face of that dilemma, faced no real negative repercussions, at least locally. After all that we’ve been through, all that the news world can focus on is prospect of his retirement. Not his alleged attempts to gain supplemental advantages during the Patriots’ dynastic run.

Whether Brady decides to return for one more year as a Patriot, to retire, or to call signals for the Las Vegas Raiders, he’ll survive the bad press. While Alex Cora may not on the other hand. The nascent of his downfall occurred twenty-two years ago, when these two guys, Sammy Sosa and Mark McGwire, chased down MLB’S all-time home runs record. We were engrossed. We were thrilled. And then… the steroids.

Fans don’t like being lied to. And in the cases of some of the game’s grandest scandals, they hold a grudge. Hitting a baseball could be the single toughest thing to do in sports. To gain any small advantage in accomplishing that feat is a tantalizing proposition indeed. By way of video monitoring or otherwise, it’s still wrong. And, it’s still cheating; something the sports teams in this town ought to know more about at this point.

Boston is a sports monolith. It’s a Goliath. And, when its teams are guilty of major transgressions, or when team personnel changes, the world pays closer attention. In sports, analysts talk about bigger teams wearing “a target on their backs”. Especially after acquiring elite talent through trades or free agency. Will the nature of Boston and New England’s targets force their opponents to take more focused aim? Keep your eyes open to find out.