AS The Irish Film Festival Boston Turns 20 this year, they celebrate new perspectives as it returns to Somerville Theater. 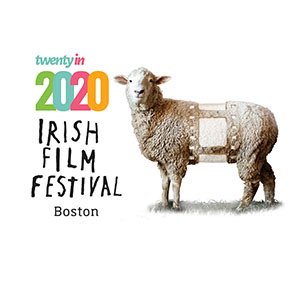 The Film Festival that Commemorates the Very Best of Contemporary Irish Cinema will Screen a Variety of Irish Feature films, Shorts and Documentaries from Thursday, March 19 – Sunday, March 22, 2020

The Irish Film Festival Boston will make its return to the Somerville Theatre for its 20th annual celebration of Irish film in Massachusetts. This year’s festival, which runs over four days from March 19-22, will showcase a selection of the new talents, voices and perspectives that have emerged from the Irish film industry in recent years.

The Irish Film Festival Boston has attracted talented filmmakers and a diverse audience to Somerville each year over its 20-year history. Headed up by Dawn Morrissey and Siobhan Fanning and known for its programming, parties and post-screening Q&As, the festival continues to introduce patrons to all facets of Irish cinema with a focus on films that challenge traditional conceptions of Irish culture.

Listed as “One of the Top 20 Coolest Film Festivals in the World” in Moviemaker magazine, the Irish Film Festival is truly unlike any other, especially since it announces the award winners prior to the Festival so filmmakers, writers, and cast members can attend their screenings in the U.S. To date, the Irish Film Festival has screened nearly 600 films and hosted over 100 filmmakers, making it the largest festival of its kind in North America. The Festival has also proudly received an official citation for its work in promoting the arts from the Mayor of Somerville.

More than 28 feature films, shorts and documentaries will be screened over the festival weekend. Audiences will be introduced to a global, modern, progressive outlook on contemporary Irish identity though a variety of genres from comedy to hard-hitting documentaries.

Some of the noteworthy films that will be shown include:

“We are honored to continue the tradition of bringing the best of Irish film to New England audiences for our big anniversary year,” said Dawn Morrissey, executive director of the Irish Film Festival. “It makes our team and partners proud to continue our mission of supporting films written and directed by women. The Irish Film Festival will once again offer an array of shorts, documentaries and features films in addition to hosting filmmakers and special guests from Ireland along with its ever-popular post screening Q&As, and of course we can’t forget the parties!” added Morrissey.

In honor of the 20th anniversary, the Irish Film Festival will also join forces with Invest Northern Ireland, as they sponsor the opening night of the fun-filled weekend. “We are delighted to be supporting the film festival this year,” said Peta Conn, head of American territory, Invest Northern Ireland. “The movie industry has developed greatly in the region, and we are very proud of the talent both in front of and behind the camera. We are particularly pleased to see a film made in Northern Ireland using local cast and crew is this year’s Best Feature!”

For the full list of films and schedule of the 20th Annual Irish Film Festival, and to purchase tickets which range from $15-$17, please visit Irish Film Festival. The All Access Pass is $95 and guarantees access to all screenings and receptions.

About the Irish Film Festival and Awards

The Boston Irish Film Festival Awards were inaugurated in 2003 to honor those filmmakers whose work represents the very best of Ireland and the Irish on screen. Brought in part by the Government of Ireland Emigrant Support Programme, the festival is also supported by Culture Ireland, The Department of Foreign Affairs, The Irish Arts Council, Screen Ireland and in part by the Somerville Arts Council, a local agency supported by the Massachusetts Cultural council. Irish Film Festival Boston is a partner of IFI International. The program, run by the Irish Film Institute and supported by Culture Ireland, aims to strategically build an audience for Irish film through worldwide cultural exhibition. For more information on IFI International and Culture Ireland, please visit ifi.ie/irish-film/international/ and www.cultureireland.ie/.

Founded in 1999, the festival has screened over 600 Irish films since its inception and is the go-to for sneak peaks and US distributor-sponsored screenings. The Festival has played host to some of the greatest names in Irish cinema, including Jim Sheridan, Gabriel Byrne, Brendan Gleeson, Domhnall Gleeson, Terry George, Colm Meaney, Fionnula Flanagan, John Boorman, Aidan Quinn, Stephen Rea, Ruth McCabe, Dylan Moran and Pat Shortt. For more information, please visit www.irishfilmfestival.com.

About Invest Northern Ireland – Northern Ireland enjoys global recognition as an important production center for film and television.  HBO’s epic fantasy television series Game of Thrones® was largely filmed there, and other companies including Universal, BBC and Disney have chosen the region for recent productions. The region has also emerged as a world-leading technology hub, with specialist university research, an impressive list of international companies, and innovative start-ups delivering solutions globally. It has accumulated a number of industry accolades with Belfast ranked as the top destination for financial technology development projects, the top city in Europe for software development projects and the top international location for U.S. cyber security firms seeking a development base. Northern Ireland attracts international businesses because of its blend of an exceptionally skilled workforce with a strong work ethic and highly competitive operating costs.Invest Northern Ireland, the region’s economic development agency, works in an ongoing partnership with investors offering business advice and financial assistance in order to accelerate growth, maximize profitability and access a skills base. To learn more about why companies such as Citi, The Allstate Corporation, TSYS, CME, Black Duck Software, Rakuten and Proofpoint are choosing Northern Ireland talk to our Americas team or visit www.investni.com/invest.