Friday’s at The Greatest Bar are always a rowdy time, but on Friday the 13th they got a little more mischievous! Dirty Water TV and Kiss 108 DJ Mike V introduced MTV Star and TV Hostess, Brittany Baldi! Baldi who joined the DW cast and crew for a night of mayhem at Dirty Water Fridays at TGB’s Friday the 13th bash.

Boston born and raised Brittany Baldi is back in Boston for sports broadcasting and TV hosting with NESN’s Dirty Water TV! The DWTV Crew Reporter Kylie McCoy and Videographer John Field along with Kiss 108 DJ Mike V introduced Brittany Baldassari, MTV Star and TV Hostess, as the new face of Dirty Water TV on Friday the 13th of November at The Greatest Bar.

Baldi recently moved back to Boston from Los Angeles, California, where she worked in entertainment for a year with various fitness and beauty companies. Now looking to continue to pursue her long term goal to work in sports broadcasting and reporting, Baldi will be working with Dirty Water TV to get the word out to Boston about our beloved Patriots and Bruins teams, amongst other events and sports news. On Friday night in an interview with Dirty Water, Baldi talked about her interest in interviewing professional athletes on ESPN and NESN, and shared her love for Boston sports and competition (her favorite Sports team is the Bruins, by the way – in case the picture below did not already give that away!). A fitness and health guru, Baldi’s positive image and hard-working character will make her a great addition to the Dirty Water cast and crew. Hanging back stage with Baldi, I was fortunate enough to get to know her better. 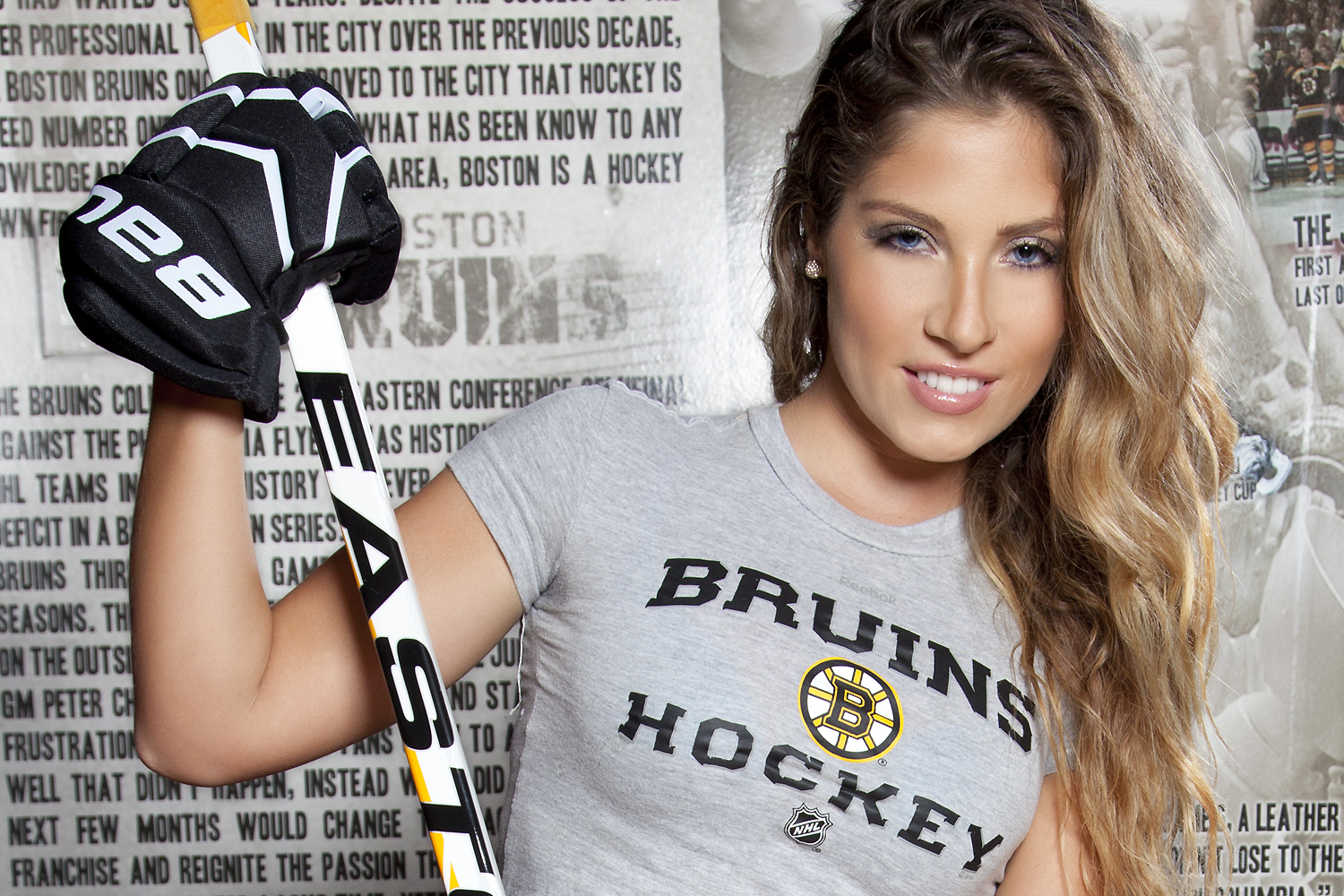 Recognized as one of Boston’s most talented and charismatic woman in TV and entertainment, Baldi has continued to share her passion for life and pursue her career as a TV hostess and reporter. Baldi started getting into television and broadcasting during college through modeling to brand products for health and beauty companies, and in 2012 made her first appearance on the American hit reality TV show, “Are you the One?”. Baldi was part of the cast and crew during the first season when it gained momentum. The talented Suffolk University graduate has appeared on a variety of TV shows and broadcasting platforms throughout her career including MTV’s reality TV show, “The Challenge”, NESN’s Wicked Bites, Afterbuzz TV, and “Coliseum to the Cage” as a hostess and reporter. 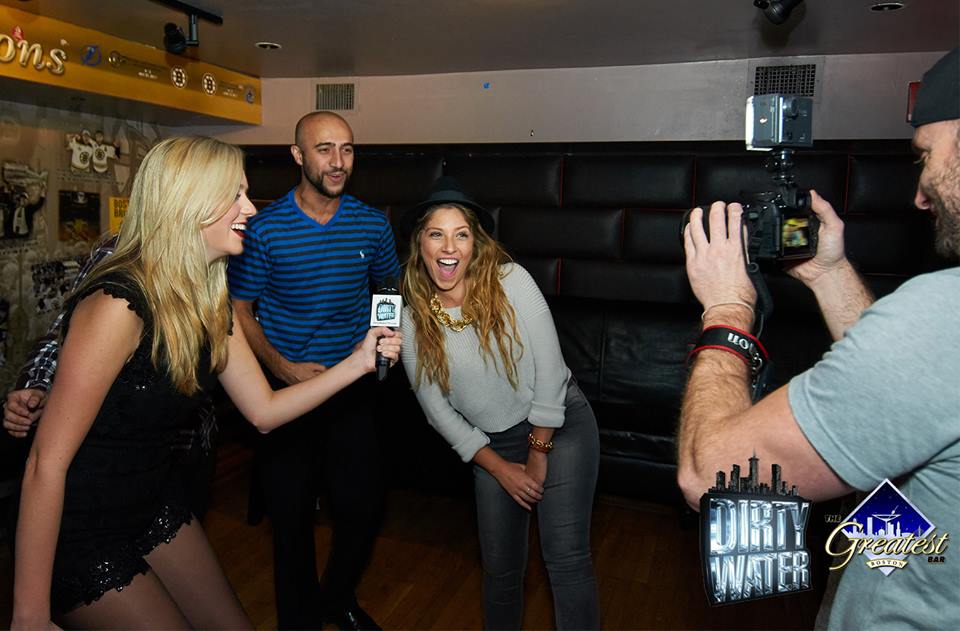 During our interview over drinks, it was easy to understand why her face is on the cover of so many beauty and health advertisements and magazines. Baldi is a hard worker and always looking to accomplish more and be the best possible version of her self. Her captivating spirit and passion for Boston sports and nightlife makes her an exceptional hostess and icon in the sports and entertainment realm. What makes Baldi stand out amongst other TV stars is that she fell into television rather than pursued it from a young age. Baldi says, “A random fact that people may not know about me is that I randomly fell into television, and it has sort of been a domino effect from there with my career!” After graduating from Suffolk University in Boston with a Bachelor’s Degree in Sociology and a minor in Psychology, she intended to work in a prison! However the surprising premier of “Are you the One?” and her recognition on the show started the “domino effect” of her presence in the field of television and broadcasting.

When asked what she is most proud of in her career so far, Baldi recalled that she is most proud of keeping her morale sane whilst living a career driven lifestyle: “The hardest thing about this job is that I’m really competitive with myself,” Baldi recalls. “It can be challenging to keep yourself happy when you’re constantly setting goals and looking to accomplish this and that.” Her ambition to shape her career has led Baldi to take chances and push her limits. A dedication to fitness and living a healthy lifestyle with the support of a close network of friends and family has allowed Baldi to remain positive as she flourishes as a TV personality.

Watch for Brittany on NESN’s Dirty Water TV as part of their TV show, Dirty Water Friday promotions at The Greatest Bar, live streaming webcasts that will launch after the New Year and a new DW Media venture that will make its mark in Boston’s sports industry. You will also definitely want to follow Brittany on social media because she’s going to be making thing happen now that she is back in town!

Jon Lyons - January 15, 2020
0
Whenever there is doubt about a true champion in a sport, everyone suffers. Whether it be the victors themselves, the jilted runner-up’s, or the...