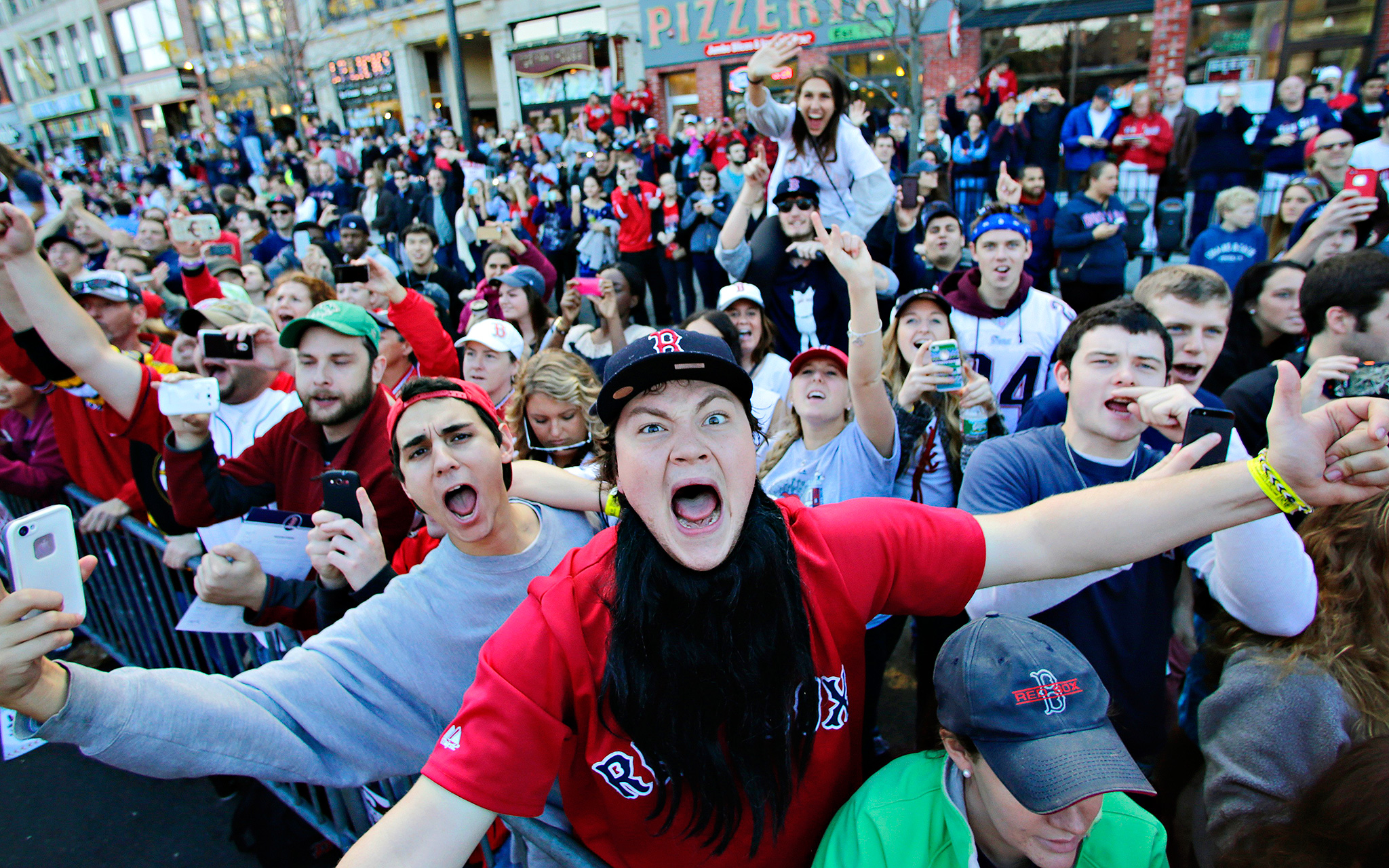 Hard as it may be to believe sometimes, sports are merely a part of our day-to-day lives. Some of us live to work. Others work to live. One unifying bond that we share is the urgent desire to get the most out of our free time. If you’re like me, you like to spend as much of that time as possible, with the ESPN Bottom Line, reading articles and analyzing the analysis you see, or finding the perfect shot glass with your favorite team’s insignia on it.

Such a level of involvement, leads us take ownership of a team’s highs and lows, I mean really get after it. Subconsciously, or maybe even consciously, we want to maximize our return on investment. And we do that by identifying directly with the team after a win, and isolating ourselves from a loss.

This ultimately comes across as the “we won, they lost”, phenomenon. Two simple, short, phrases, that harbor so much meaning when it comes to the layered psyche of an individual. At the heart of the matter, you’re either “all in” with your team, or you’re not. If the Sox blow a four-run lead in the top of the ninth, you pay the consequence. Just as you would, say, if, the Bruins won an epic triple overtime game in the Stanley Cup Finals.

How we choose to support our teams, and what teams we support, of course, are another matter entirely. But these aspects also contribute to the ways in which we identify with “our” teams. Geography is the number one factor in determining what teams we support. I don’t think anyone can really offer a counter point to that, after all, we don’t have a lot of control over what hospital we’re born in. As such, I wear my support for all Detroit teams, quite literally, on my sleeve.

We also pick up teams through roommates, friends, relatives, and travel. Possibly a combination of all those elements. Maybe you took a business trip out to Oakland, California, and just really invested with the “Splash Brothers”, out at Oracle Arena. From that perspective, being shown a good time at another team’s house, can lead to picking up the “we” qualifier.

I should point out that, I don’t condone this verbal cherry-picking, fans should support the teams they like, and the ones they love, no matter what. Especially going through the fire, because it makes the victories that much sweeter. Like a free cup of “Dippin’ Dots.”

Brad Stevens can use the term “we”, when talking about the Celtics, and, frankly, so can you. What fans catch heat for is conditional support. The ever-chided bandwagon fans, the radio call-in fans, and the “lifers”, will always be a part of the sports landscape. Like it or not.

While true, that, the fans are not the ones putting forth the effort to either win or lose a game or match, there is always going to be an instinct to latch on to something good. On the opposite side of that coin, people want to back off the losses. We choose to follow sports, but if we can help it, we’d prefer to stay away from failure.

When it comes down to it, no one can tell you how, or who to root for. Fans must operate within certain parameters of respect to preserve the experience at home and at the stadium. Time with like-minded fans, whether it be at Fenway, Comerica Park, or high school bleachers, should offer a sense of community and camaraderie. And that’s a movement we can all get behind.