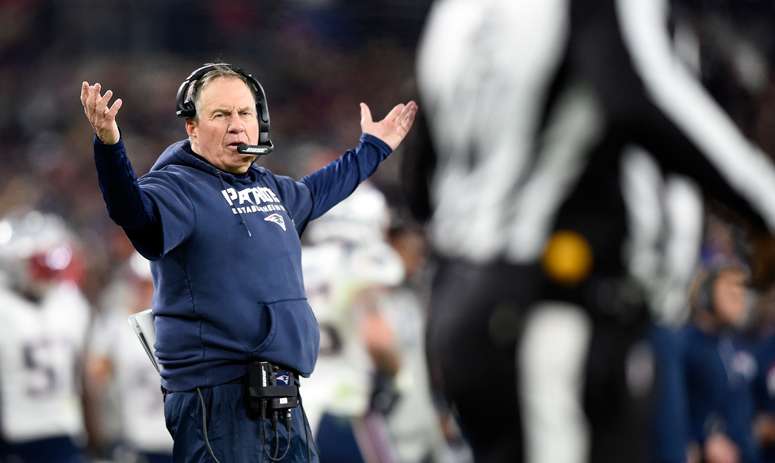 Now that the free agent frenzy has somewhat settled, the Patriots have a clearer picture of what they will look like heading into the draft. With that in mind, I used Pro Football Focus’ Draft Simulator tool to see how the board could shake out for New England. 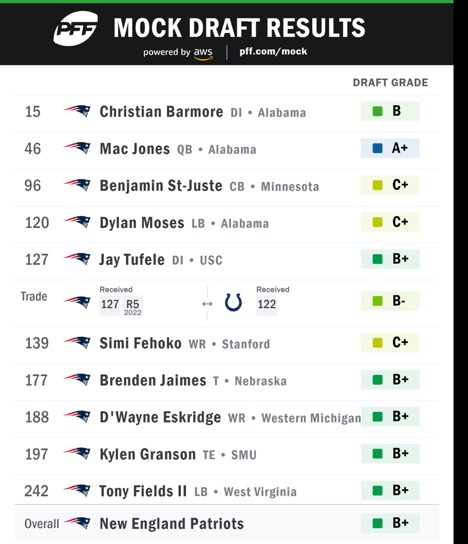 Despite signing two free agent defensive linemen, I still had the Patriots taking two in their first five picks including Christian Barmore at 15th overall. Barmore was a monster during the College Football Playoff and projects to be a strong presence on the interior of an NFL defensive line. He needs a little more refinement and consistency, but he will find those two things in New England.

Mac Jones has long-been connected to the Patriots and having him available in round two allowed the Patriots to scoop up their quarterback of the future. Dylan Moses, another Alabama product, was an easy pick in round three and a potential heir apparent to Dont’a Hightower.

The Patriots revamped their pass catchers in free agency and drafted two tight ends in 2020, but I still invested in pass catching later in this draft. Fehoko has all the measurables and if he takes well to some coaching refinements in his route running has the potential to be a solid NFL receiver. Eskridge is a smaller, slot receiver, which the Patriots will need based on Julian Edelman being close to the end of his career. Eskridge is a terrific athlete who can also return punts and kicks.