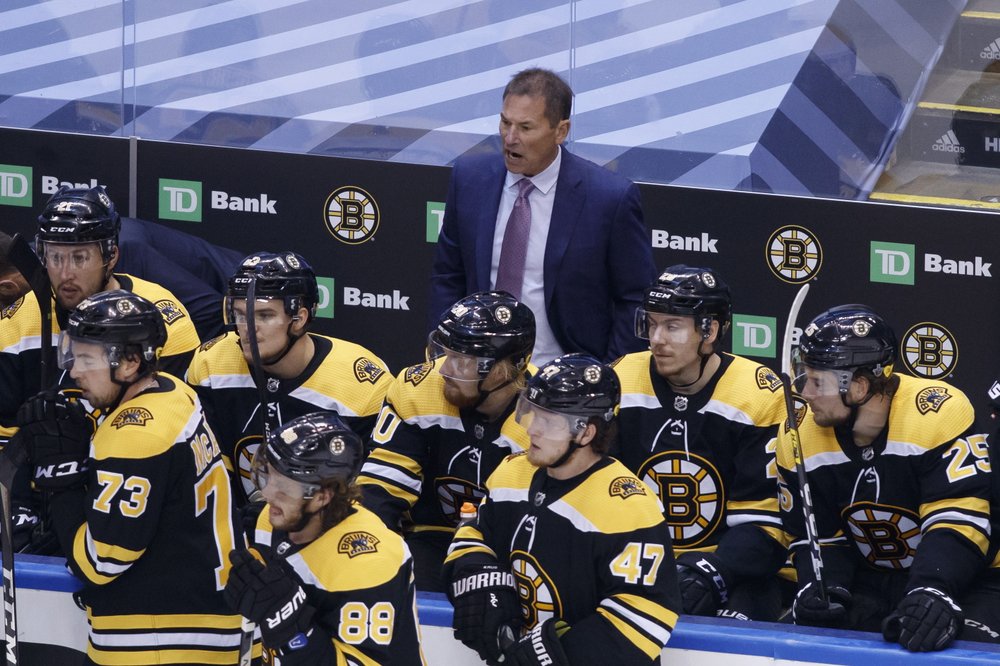 For the second time in the last three seasons, the Bruins saw their season end with a five-game, second round loss to the Tampa Bay Lightning. It’s a disappointing end for a Bruins team that was aiming to get back to the Stanley Cup Final and avenge last year’s loss to in Game 7. There is a lot to unpack as Boston leaves the Toronto bubble, but here is what stood out:

Game 2 Was the Turning Point

The Bruins began the series with an impressive win in Game One. They built a 3-0 lead and held off a Tampa charge to win 3-2. At that point, the Bruins had won four straight playoff games and were rolling. In game two, Boston initially went up 1-0 and then 2-1, but both times the Lightning scored shortly after to tie the game. After Tampa took a 3-2 lead in the third period, Brad Marchand scored his second goal of the night to tie the game and force overtime.

In the overtime, the Lightning dominated and spent nearly the entirety of the period in the Bruins zone before an Ondrej Palat goal tied the series at 1-1. It was all downhill from the Bruins from there, getting blown out in the second night of a back, 7-1, in Game Three before losing games four and five and getting eliminated. One can’t help but wonder how different the series would look now if the Bruins had hung on to that 2-1 lead in Game Two or won in overtime to take a 2-0 series lead. Beyond the obvious of taking a 2-0 lead, Boston would have gained more confidence and been able to withstand the lackluster performances in games three and four. Perhaps they would be the team poised to get back to the Conference Finals and not Tampa Bay.

At the trade deadline before the pandemic shutdown, the Bruins added Ondrej Kase and Nick Ritchie to bolster their roster for a Cup Run. Both moves turned out to be disappointments. Kase is still young and flashed offensive potential in Anaheim, but he did not consistently look up to the level of a second line forward and registered zero (yes, ZERO) goals with the Bruins since arriving via trade.

Ritchie was supposedly brought in to bring a physical element the Bruins lacked in last year’s Cup Final. What he did bring was play that too often crossed the line into unnecessary or dirty. That should not be a huge surprise given that Ritchie had penalty and discipline issues throughout his career. Ritchie’s unnecessary early penalty in Game Three put the Bruins in a hole and it is not an exaggeration to say he and his five-minute major penalty in Game Four cost the Bruins a chance to tie the series.

The most unfortunate development of the Bubble for the Bruins was Tuukka Rask opting out. I am not here to judge Rask and I completely respect his decision. It is uncertain whether or not he will be back in Boston next season, but the Bruins play without him showed the importance of having him or a goaltender of his caliber in order to make a run at the Cup. Jaroslav Halak competed hard and had several good performances, but he did not make big saves when needed in games two, three or four against Tampa Bay and the series might still be going right now if he was able to. He does deserve credit for a stellar performance in Game Five.

Tampa Bay Is the Better Team

It is a tough pill to swallow, but the Lightning are just better than the Bruins right now. They have more talent top to bottom on their roster and look like a team poised to win the Stanley Cup. The Bruins are still a great team, but lack the consistent secondary scoring punch of the Lightning and without Rask are at a disadvantage in the goaltending department. The Bruins defensive core is good and Charlie McAvoy looks like a young star, but Tampa is loaded on defense right now.

All is not lost for the Bruins. They are still a great team and with a few adjustments have the potential to get back to the Cup next year. However, they have some uncertainties with some of their core aging and the holes that were exposed against Tampa. It is not an insurmountable task, but Don Sweeney has some work to do.