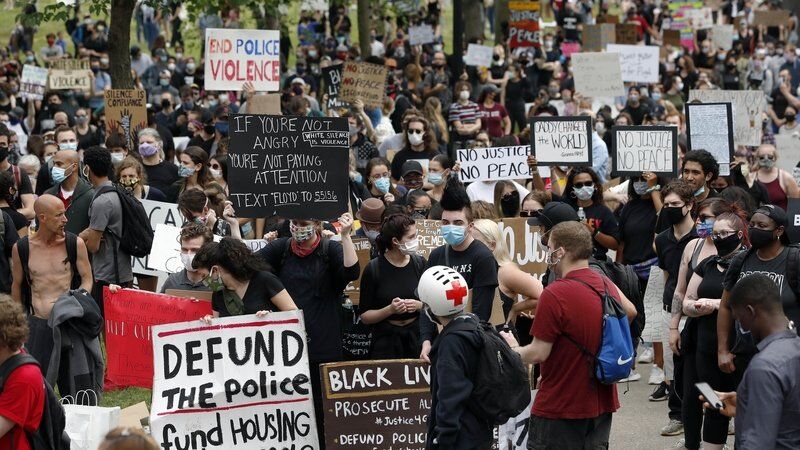 Fifty years from now, when historians look back on the year 2020, their tone will be somber. For 2020 has been a low point in American history. From the initial mismanagement of a pandemic and the pandemic itself to nationwide protests due to yet another tragic murder of a black man by a white person. Having a President and federal government that lack empathy has not helped.

The sad truth is that none of this should be surprising. African-Americans have been discriminated against and killed with impunity since the first slaves were brought to the New World in 1619. It took a bloody civil war for the practice of slavery to end, but the discrimination did not. In the first 100 years after the Civil War, the African-American community saw: Reconstruction, Jim Crow Laws, the KKK, Lynchings, the assassinations of Medgar Evers, Malcolm X and Martin Luther King. And that’s just what’s in the history books. Even still, hundreds of thousands heroically served in a segregated military in two world wars. It should be noted that many other minority groups did not fare much better.

When a young black man is murdered by someone who is not black, all too often a jury of the shooter’s peers finds him or her not guilty. Peaceful protests have been trying to draw attention to these issues for over 150 years, but they still occur with regularity.

Colin Kaepernick tried to express this and even asked a U.S. Military member about the proper way to protest and was told that taking a knee was the most respectful approach. He was quickly labeled anti-American and blackballed from the highest profile sports league in North America. A large segment of white America appreciates African-Americans only as athletes or entertainers and when one decides to go beyond that, they face virulent backlash.

There are hundreds of thousands of terrific law enforcement officers in the United States, some of whom I know and love dearly. They are good people who work tirelessly to keep their communities safe. But that does not mean things cannot change and improve or that police brutality does not exist. Just as some protesters have decided to commit criminal acts and do not represent the many peaceful advocates for change, the actions of some officers do not represent the whole.

Also, for those trying to brush the protesters as looters, some simple math: if 10,000 people protest and 300 get arrested for looting, that’s 3%. That means that 97% were doing the right thing. What percentage will it take for you to finally listen?

None of this is new. But it has always been wrong. I know many white people, who when shown what discrimination looks like, either ignore it or tacitly endorse it. Social Media has become a major problem, with many people sharing fake articles or arguing ceaselessly rather than admit they may be wrong or that someone else’s perspective may be more relevant.

The American Dream is a wonderful idea, but for millions of Americans it is not a reality. If you think that is okay, you are part of the problem. When the images of these protests and what they represent flash across your screen, you should not scroll past. You should be frustrated. You should be angry. You should want the lives of every American to begin on an equal footing. At a minimum, you should be uncomfortable.