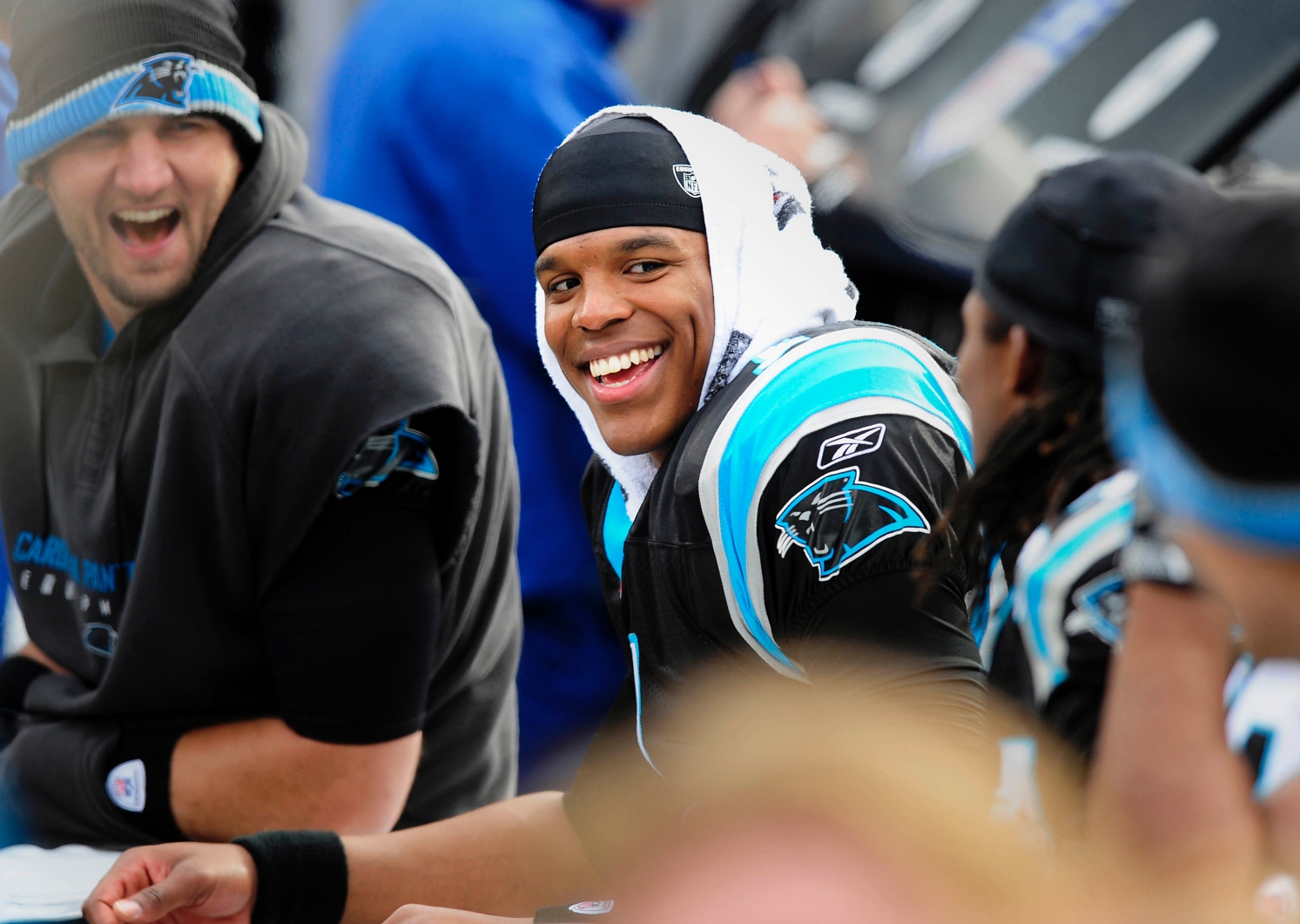 Had my editor not reminded me that I actually committed to write this season, I probably would’ve forgotten. I’m like an ex that left you to be single in the offseason but comes back just as you’re about to go out on a date to remind you of what we once had. How many fantasy titles have I led you to? How many sleeper picks were just handed to you? Let’s make this work. We want to. We can. We will. Is there a better way to start off our second try at this crazy thing called fantasy love than with a Cam Newton piece?

In my 12 team .5 point PPR league draft yesterday, Cam Newton went 03.01 which, to me, is bananaland. I never would support taking a QB early, but when he falls to the late 5th round like he did in my 10 team standard when I had two 2nd round picks, it’s hard not to jump at that. So as an owner of the 2015 QB scoring champion, I feel even more inclined to speak on his fantasy projection for the season, specifically this week.

Tough. Bold. Crazy. Just a few words that come to mind when I tell people I’m not starting (as my cousin likes to call him) “Ham” Newton this week against Denver. The Super Bowl game is still clear in my mind. While belief in some circles is that he’ll bounce back, at least from a fantasy perspective, I can’t get on that train. In last season’s opener, he only scored 13 fantasy points against a Jacksonville Jaguars defense that ultimately ranked 23rd in scoring among D/ST’s. With that said, Newton had killer bounce back weeks against Houston (27 FP – finished 6th in FP) & New Orleans (29 – finished second to last) at home.

The immediate argument Cam supporters will give is that Kelvin Benjamin is back. And while that may be true, it’s widely known he’ll be on a snap count at the very least tonight. While I’m also a Benjy owner, I’m not as ignorant as to think that’ll be the case all year. He was a stud in his rookie year and will continue to impress. The more he gets conditioned, the more playing time he’ll get. As it relates to tonight? Bench both of them against the best scoring D/ST last season, at home, coming off a Super Bowl win with something more to prove. As my grandmother used to say; “the proof is in the pudding” and there’s just too much going against Cam & Co. tonight.

Of course, you’ll just end up doing what you want anyway.