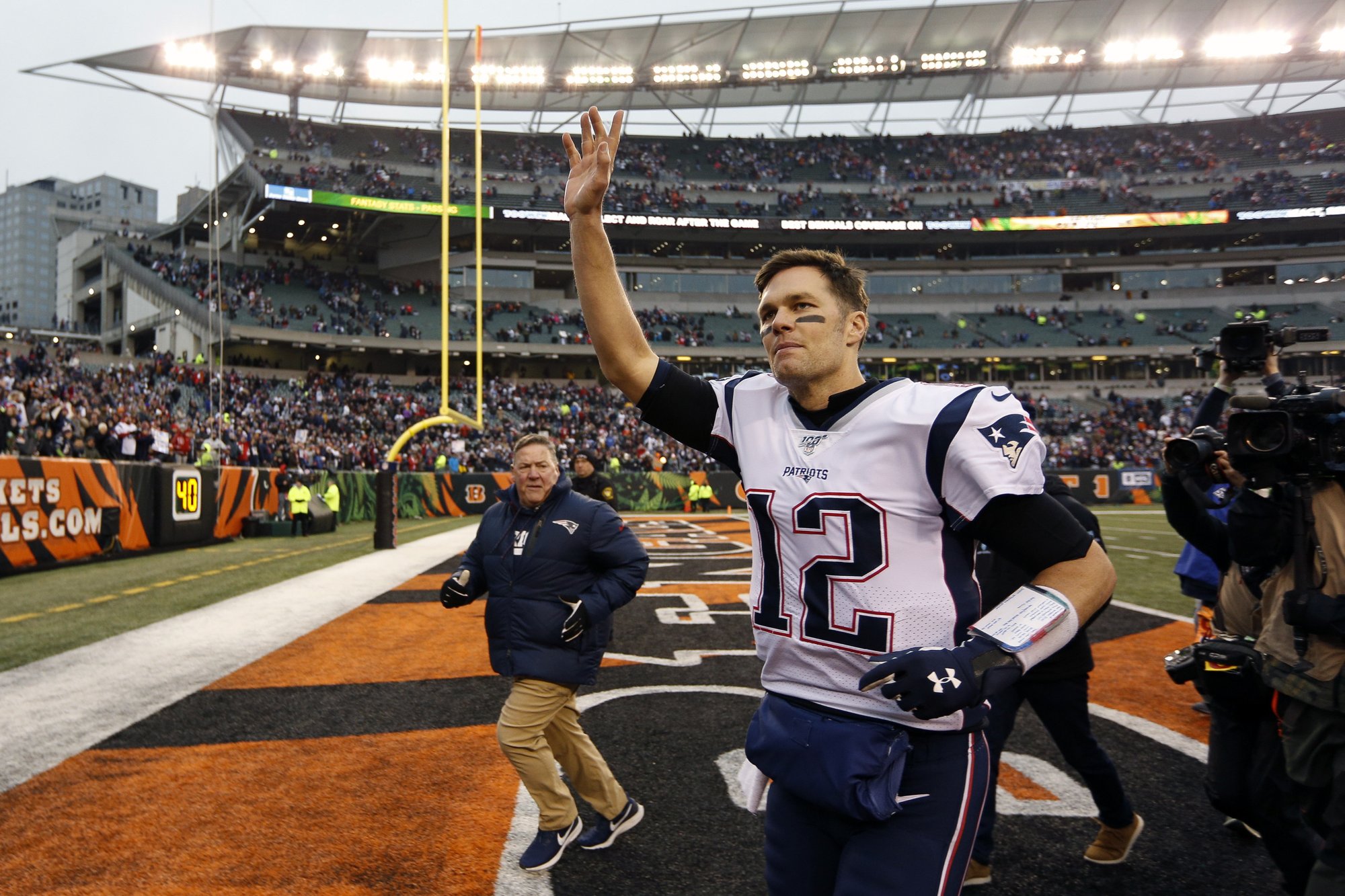 There are far too many to count, but off the top of my head here are the 12 most spectacular games of the Tom Brady era in New England.

The Patriots entered this game 8-0 and the Colts were 7-0 and defending Super Bowl champs. The usual high-flying Patriots offense was frustrated for most of the game, mustering only seven points in the first half and faced a ten point deficit with just over nine minutes to play in a raucous RCA Dome. It looked as though the Patriots undefeated season was going to end right there. Brady then worked his magic. He threw two of his three touchdown passes in the final eight minutes and 134 of his 255 yards on those two drives.

My personal favorite and not just because it took place on my birthday. This game was a blast to watch and ended with the Patriots defense stopping the Colts four straight times from inside the five yard line to win the game. Also, Bethel Johnson’s kick return before halftime was absolutely wild. Both teams were 9-2 coming in and would meet later in the AFC Championship Game. The Patriots built a 31-10 lead in this one before Indy came storming back to tie things at 31. Brady then threw the go-ahead touchdown pass to Deion Branch with 8:36 left and the team held on for a thrilling win. Brady was uneven in this one, but it was awesome to watch start to finish. He would go on to once again defeat Manning in the AFC Championship Game and win his second Super Bowl.

Week five of 2014 was a rare time in the Patriots dynasty. The team was 2-2, had not played well in their two wins and had been blown out on National TV the week before. Brady was also coming off one of his worst seasons in 2013. Questions were being asked if the Patriots dynasty, and Brady, had run their course. Brady and the team responded with a blowout win on Sunday Night Football in one of the most electric environments Gillette Stadium has seen. Brady went on to win his fourth ring later that season.

Remember Tebowmania? Brady and the Patriots put that to bed in a thoroughly dominating 45-10 win. Brady threw for 363 yards and six (yes, six again) while blowing out Tebow for the second time that season. In a rare game where the other quarterback was the focus in the days leading up, Brady reminded the NFL who the big dog is.

The first comeback and sign of late game heroics by Brady. He exploded for 364 yards and two touchdowns while leading the Patriots to an overtime win after being down by 10 with four minutes to go. This was a true team win and a sign that New England had something special in No. 12.

The first championship will always be the sweetest. Brady faced off against Kurt Warner and The Greatest Show on Turf and outplayed him throughout. Brady’s first half touchdown pass to David Patten was his only one of 2001 playoffs. With 80 seconds to go, the Patriots and Rams were tied at 17 and New England was staring down the barrel of a collapse after being up 17-3 entering the fourth. The legend of Brady was born in New Orleans during those final minutes as he led New England down the field to set up an Adam Vinatieri game winning field goal as time expired to secure the franchise’s first championship.

Statistically, this is one of Brady’s best performances. His five touchdown passes at halftime (yes, halftime!!) is still unreal. Randy Moss added one of the best catches in NFL history when he secured one of his two touchdowns with little more than his bicep. Brady finished the day with six touchdown passes and 354 yards passing.

The 2004 Patriots were one of the best teams of the Belichick/ Brady era, but this game was no layup. The Patriots had lost in Pittsburgh by two touchdowns earlier in the season and rookie starter Ben Roethlisberger had not lost a game yet in his career. The Patriots walked in to Pittsburgh and smacked the Steelers in the mouth, ultimately winning 41-27 in a game that didn’t even feel that close. Brady’s 60-yard touchdown pass to Deion Branch on the Patriots second possession was the early knockout punch that the Steelers never recovered from.

A fourth quarter for the ages and an overtime that included three consecutive 3rd and 10 conversions. Brady outdueled Patrick Mahomes and led the Patriots on two touchdown drives in the last four minutes of the fourth quarter and a touchdown drive to win in overtime. The Patriots defense was the biggest story of the 2018 season and Super Bowl 53, but New England does not win a Super Bowl if Brady doesn’t turn in this legendary performance.

The Greatest Comeback in Super Bowl history. After throwing a pick-six and being down 28-3, Brady and the Patriots offense scored 31 unanswered points while Brady threw for 466 yards. Several of the throws in this game, including a 3rd and 10 pass to Chris Hogan in the fourth quarter and a throw to Danny Amendola in overtime are among the best of his career.

Of the Patriots six championships, this game may have been the most entertaining from start to finish. It had everything; great offense, great defense and key special teams. This was not a flawless performance from Brady, but it was one of his most resilient. He finished with 354 yards and three touchdown passes and won his second Super Bowl MVP. After sputtering in the first quarter, Brady led the Patriots offense on two touchdown drives in the second quarter. After a scoreless third, the Patriots put up 17 points in the fourth quarter including a game winning field goal with three seconds to go. What stands out most to me is what happened after Brady’s interception. The pick came on the Patriots first drive of the fourth quarter, in the red zone, and very well could have cost New England the game. How did Brady respond? By leading two successive scoring drives including the game winner.

In a career filled with signature performances, this was Brady’s Mona Lisa. The Seahawks were the defending Super Bowl champions and best defense of the decade. Brady was not perfect in this one; he threw two interceptions including one in the end zone. However, he was brilliant. He threw four touchdown passes and 328 yards against a secondary and pass rush that routinely dominated opponents. The Patriots found themselves trailing by ten and facing a third and 14 in the fourth quarter, and Brady led them on a near miraculous comeback to take a four point lead with two minutes to go. Although the play everyone remembers from this Super Bowl was Malcolm Butler’s interception, no other quarterback in history would have won that game being down ten in the final quarter.

Honorable mentions: 2014 Divisional Round vs Ravens, 2013 comebacks vs Saints and Browns, 2001 Divisional vs Raiders, Super Bowl 52 vs Philadelphia, 2003 at Miami