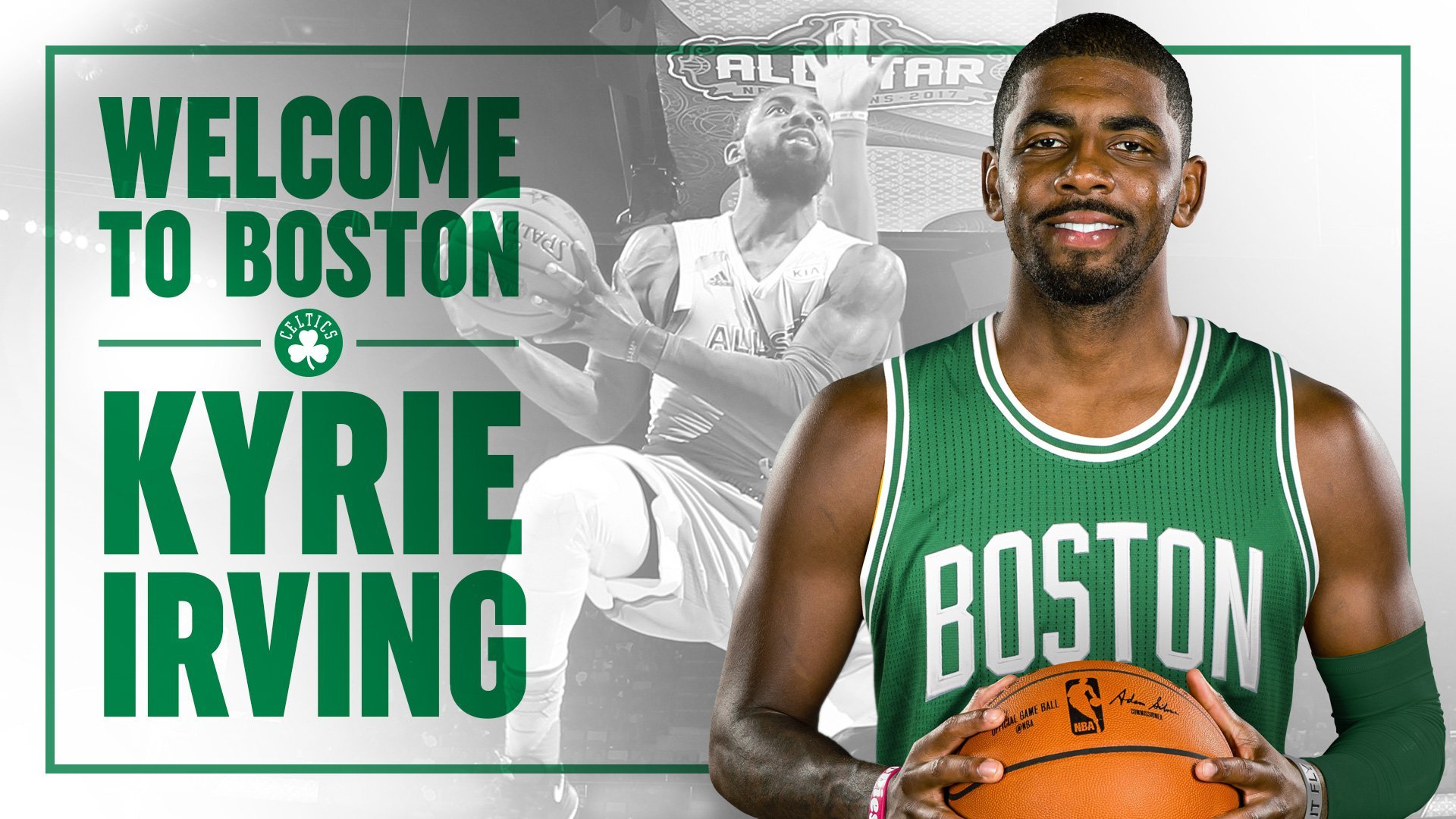 No guts, no glory. In one of my favorite movies of all time, Rounders, ace poker player Matt Damon foreshadows in epic fashion that “you can’t lose what you don’t put in the middle. But you can’t win much either.” I’ve been thinking of that quote as I comprehend what will be judged as the biggest gamble Danny Ainge has taken since assuming basketball operations for the Celtics back in 2003. As a Boston sports fan in my late 30s, this is one of the most fascinating trades I can ever remember. Ainge reminded people why his nickname is “Trader Danny.”

First off, WOW! We’ve watched Ainge operate for long enough to know that it was at least possible that a Kyrie Irving/Isiah Thomas trade would become a reality — and that reality remains in question pending Thomas’s physical. He traded Paul Pierce. There are no sacred cows. He is ALL business and has no interest in having a basketball team that is less than elite. It’s why he spared feelings and went for an obvious upgrade at arguably the sport’s most important position. Criticism for not dealing the Brooklyn pick for Paul George or Jimmy Butler seems like Monday morning quarterbacking. Irving is younger and more established than both of them, while Brooklyn now has company at the bottom of the East.

I always thought Phoenix made the most sense for Kyrie. However, they apparently refused to include Josh Jackson, similar to how the Celtics proceeded by declaring Jayson Tatum off limits. That left the Celtics as Cleveland’s obvious partner and the possibility of a completely unprecedented scenario in which opposing conference finalists swapped top players in the ensuing off season.

The many pundits saying that Cleveland did really well in this deal are correct. It’s a fact, considering they had no leverage and managed to address both the present and future in this deal. That does NOT mean the Celtics “lost” this trade. Where the Brooklyn pick falls in the ’18 draft will be the deciding factor on whether this was a prudent move or an overpay for Boston. Ainge’s decision certainly will be validated if the Lakers finish with a worse record than Brooklyn this year, regardless of how the picks fall in the lottery. If the Brooklyn pick somehow falls out of the top five (unlikely, but still), this deal has to be perceived as relatively even, at worst, for Boston. Time will tell.

Last year at this time, it was very clear that Brooklyn was going to be the worst team in the league in ’17 and that a top three pick was practically imminent. Another year of complete dominance from Golden State and Cleveland (with no real end in sight) influenced teams such as Atlanta and Chicago to gut their rosters and start over this summer. Those two teams, along with Sacramento, will give Brooklyn significant competition as the worst team in basketball this year. Add LA, Orlando, Phoenix, Indiana and possibly New York, and it feels like a tankathon waiting to happen. It’s fairly likely that the Brooklyn pick falls out of the Top 3 this time around.

Isiah’s hip was the elephant in the Celtics’ proverbial room all summer. He opted to not have surgery, a move that would keep him out for basically all of the coming season. He is three years older than Irving and one year closer to free agency. Yes, Isiah will earn a paltry $7 million this year. But he’s in line for an extension paying close to $30 million annually. The Celtics get Irving for two years and $40 million in a market where superstars are getting twice that much. His age (25) aligns with Jaylen Brown and Jayson Tatum. Gordon Hayward is only 27. If nothing else, this deal ensures a smooth transition between the Hayward/Horford generation and the Brown/Taytum leaders of the new school.

No matter how you want to slice it, the Celtics get one of the three best point guards in the world in Irving. Not bad for a guy who could turn out to be the best guard this franchise has ever seen when it’s all over. That is not a typo. It’s not hyperbole. Think about it. When you talk about the NBA’s preeminent franchise, the legends that first come to mind include Russell, Havlicek, Bird, McHale, Pierce and Garnett. No guards there. At the very least, Irving has a legitimate chance to be the best guard anyone in my generation has ever watched on a nightly basis. Even though his checkered injury history is real, it represents the lone concern here.

Isiah Thomas is one of the toughest athletes I’ve ever watched in Boston, and he put on a show for the ages last season. I, and many many others, will miss watching him compete. He is truly a treasure. Having said all of that, Ainge made a calculated gamble that I believe was correct for the long-term outlook of the franchise. Yeah, it would have been great to add another top five pick next year. And they still might if the Lakers cooperate.

The Celtics have two stars now and are ready to truly contend. Adding more young projects complicates that status. Rounding out the roster in economic fashion will be easy in the coming years given the load of picks the Celtics still own in ’18 and ’19. They avoid having to extend Brown, Taytum and the ’18 Brooklyn pick in consecutive off seasons, a task that seems basically impossible.

It will be interesting to see what the Celtics do to address their obvious lack of size. I wrote before this trade that the Celtics were light in the front court, and they traded arguably their only true center in this deal in Ante Zicic. Could they fit in someone like Festus Ezeli on a prove-it one-year deal? There’s a number of bigs out there deciding on whether to accept low-ball qualifying offers from their existing teams such as Alex Len, Donatas Montiejunas and Mason Plumlee. Tiago Splitter, and Anderson Varajeo could also be options.

Regardless of what happens between now and the beginning of the season, August 22, 2017, will be judged for a long time in Boston and Cleveland. For Cleveland, it ends an incredible era considering their three straight Finals appearances. For the Celtics, it could be looked at as the signature move that sparked a historic run. Hyperbole? Perhaps. But I doubt it.

Everyone wins with responsibility

Everyone wins with responsibility

Jon Lyons - July 14, 2020
0
Professional sports are right around the corner. After the NBA and NHL shut down in March and the MLB had their season delayed, America...