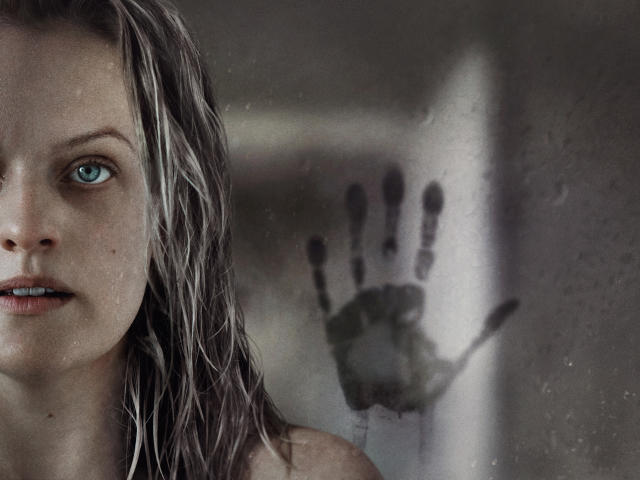 What you can’t see can hurt you, but lucky for you I got to see it first! Hi, I’m Hunter Berube for Dirty Water Media’s “Hollywood Hunter” and I got the inside scoop on the new thriller, The Invisible Man which opened nationwide this past weekend.

A dark and twisted spin on the universal monster character, The Invisible Man revolves around a violent and manipulative relationship between Emmy winner Elisabeth Moss, best known for her role in Us and The Handmaid’s Tale, and Oliver Jackson-Cohen, from Netflix’s The Haunting of Hill House.

After escaping her mentally and physically abusive husband, Ceclia Kass, played by Moss, finds refuge with her sister, Alice, played by Harriet Dyer. This movie is a great example of a well-casted ensemble, including Straight Outta Compton’s Aldis Hodge, and Euphoria’s Storm Reid.

When her ex-husband unexpectedly commits suicide and leaves her with millions of dollars, Cecilia can’t help but wonder if his passing was staged. Unfortunately for her, that intuition is right. As a series of coincidences turn deadly, harming those that she loves, Cecilia not only has to battle with her now-translucent ex, but also prove her own sanity as people’s trust in her starts to vanish.

The Invisible Man is written, directed and executive produced by Leigh Whannell who is best known as one of the original creators of the Saw franchise. His most recent works include Upgrade and Insidious: Chapter 3.

Some of the best parts of the movie are actually the ones that show nothing on screen. With the use of still shots, panning, and an impressive sense of camera movement, Whannel pulls you into this world and holds you in it – the same way Ceclia is trapped in the hands of her ex-lover.

The use of sound and vibration in this movie is overwhelmingly bold. I highly recommend when you do see this movie, do so in a Dolby Theater. Trust me, it’s worth the experience.

The only thing I have to say that was better than the film’s score was its silence. It was done really well! You get to experience those moments where Cecilia really feels like she has no control over her own life.

The pacing is perfectly balanced, complimenting the slow and steady scenes, with the more quick, in-your-face moments. Themes of obsession, blame, and battling demons in and outside of one’s mind shed light on how people can get what they want without even being there. Or should I say without being seen.

The only reason I’d tell you not to see this movie is if you don’t think you can handle it. But trust me, it’s plain to see, The Invisible Man is worth watching.

Julie Fairweather - October 23, 2020
0
Concepts, the global streetwear retailer and brand announces the opening of their global flagship store in Boston, Massachusetts at 18 Newbury Street, the iconic...