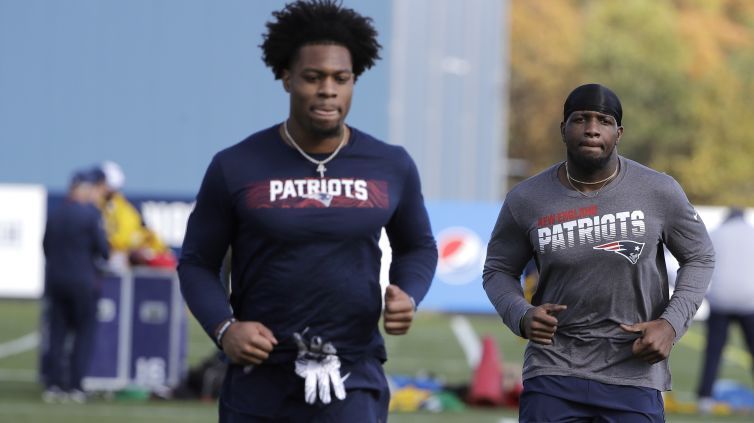 It has been a long first half of the season for N’Keal Harry. The only wide receiver taken in the first round by Bill Belichick, Harry came to the Patriots with an impressive resume and serious expectations of contributing. His flashes in joint practices against the Lions and then in his two preseason catches against Detroit added to those expectations. Unfortunately, all we have of Harry in 2019 is those handful of fleeting moments; he was placed on injured reserve after the Lions preseason game and has not been able to play since.

That may change this weekend, though. Harry was eligible to play in the Patriots last game against the Ravens, but was inactive. If he is going to contribute this season, then this weekend against Philadelphia is an ideal way to start. The Patriots are coming off a bye week and facing an Eagles team that has allowed 239 pass yards per game, which is smack in the middle of the NFL. The Patriots also have a glaring need at wide receiver after losing both Antonio Brown and Josh Gordon this season. Julian Edelman had a costly fumble against the Ravens, which was due in part to Edelman being overworked and playing injured.

In addition to the wide receiver issues, the Patriots have gotten minimal production from their tight ends and the running attack has been inconsistent. According to Football Outsiders, the Patriots are averaging 4.38 points per red zone possession, which is 22nd in the league. To even casual observers, the Patriots have lacked the offensive punch that opponents have become accustomed to. They have sputtered at times and routinely ended games with fewer points scored than expected.

Harry is the type of player that could solve a lot of these problems if he performs well. His 6’4” frame will be a juicy target in the Red Zone for Tom Brady and his play should take the pressure off the rest of the offense. The Patriots have had difficulty under Belichick with young wide receivers, but with Harry, the Patriots have signaled a strong commitment to get it right. Malcolm Mitchell was a key part of the team’s Super Bowl LI run, and getting similar production from Harry would go a long way towards securing ring No. 7.

It is unfair to say that Harry will solve all of the Patriots’ offensive problems, and as a rookie it is reasonable to expect some mistakes and growing pains. However, Harry was a first round pick for a reason; he is a highly talented player who should help New England as soon as he is available.