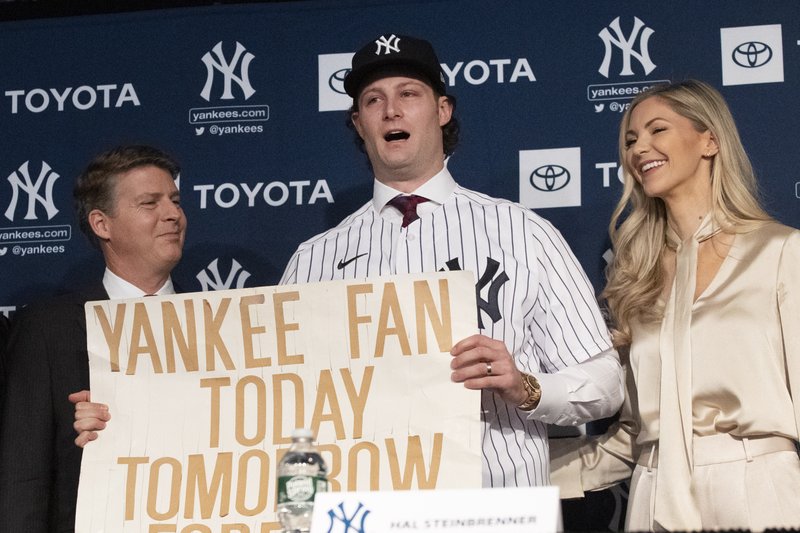 There are some things that, once learned, become involuntary, like riding a bike or hating the Yankees.

I’ll admit that these past few seasons I didn’t despise the Bombers with the same type of bile-spitting enmity I’ve possessed in the past. In fact, the Red Sox winning four World Series pacified me, dulled my edges in bit.

There was also the fact that the Red Sox, not the Yankees, were offering obscene contracts to free agents—David Price, Chris Sale, Adrian Gonzalez, Carl Crawford, to name a few—and essentially doing what I always abhorred about New York: buying championships.

That’s not to say Yankees haven’t overpaid. They bought Jacoby Ellsbury—quite a bang for their buck—Masahiro Tanaka, Aroldis Chapman and Giancarlo Stanton, but a good portion of the current line-up is homegrown.

But, alas, now the Yankees went ahead and offered one of the most obscene contracts in MLB history to Gerrit Cole and renewed my contempt for them. The hatred came back so easily and comfortably that I wanted to weep while screaming to world, “I hate the Yankees again! I really hate them!”

New York signed Cole to a nine-year $324 million contract, meaning the former Houston ace is going to make almost a $1 million every time he takes the mound.

Yet here’s the saving grace: Has there ever been a contract of more than four years that has worked out on the backend?

The Yankees are still paying Ellsbury $21 million next season, and he’s not even on the team. The Red Sox, however, are far from exonerated. The team, once weary about offering contracts to pitchers over 30 years old, will be on the hook for $30 million a season to an already frail Sale until he’s 40 years old and another $32 million for four more seasons to David Price, who is tougher than herpes to get rid of.

Still, will Cole be any different?

Let’s face it, the guaranteed contracts that MLB players are getting—Stephen Strasburg and Cole, recently—are obscene. And the Red Sox, a team I couldn’t take watching last season, are some of the worst offenders. But now the Yankees are back to buying titles, and the bile has crept back up my throat.

In many ways, the signing brings me back to normalcy. I’m truly hating the New York Yankees again, and all is well with the universe this holiday season.