Serving Up Laughs At The Somerville Theatre 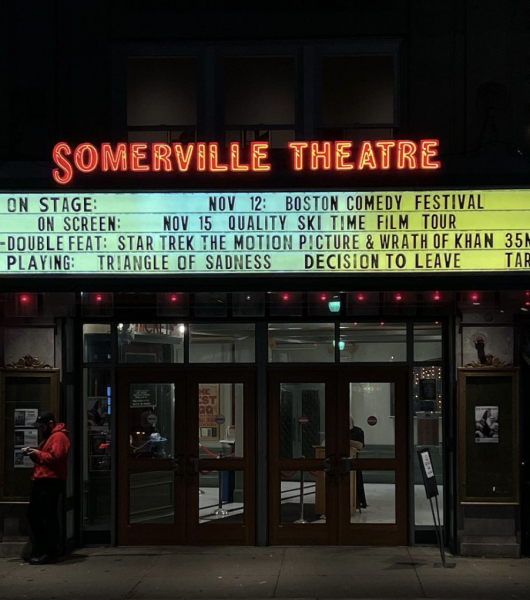 Charles Dickens once wrote, “There is nothing in the world so irresistibly contagious as laughter and good humor”. Laughing is something that we experience every day but those deep belly laughs that make your stomach hurt are not as common. 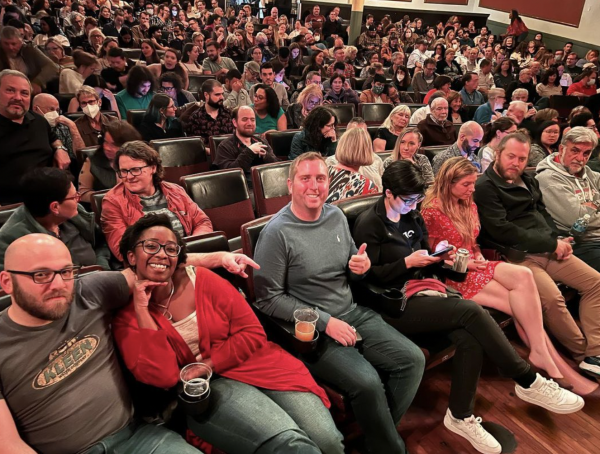 One of the Boston Comedy Festivals’ top and most requested comedians, Bethany Van Delft, hosted this special event. As a regular host for The Moth StorySlams & Grand Slams and her own Moth mainstage story, she is projected to feel right at home when the lights turn on on Saturday night to illuminate the stage. In addition to hosting gigs, Bethany has also been awarded Boston Magazine’s Best of Boston 2020 award as well as appearing on Comedy Central and the 2 Dope Queens Podcast.

This weekend’s lineup was stellar featuring Corey Rodrigues, Jim McCue, and Kate Sisk who had everyone in side-splitting pain with their sense of humor. 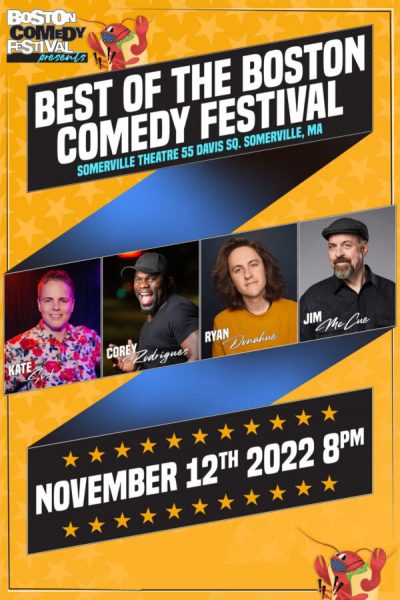 Corey Rodrigues is a national touring college, club, and corporate performer who has a very demanding schedule as he is highly sought after. Rodiruges’ talent is shown through recognitions and awards such as the Funniest Comic in New England and the 2017 Big Sky Comedy Festivals, features on hilarious shows and sets making his debut on late night TV in 2019 with the Conan O’Brien show, and more!

Jim McCue achieved viral status this year after receiving over 4 millions views with his DryBar special “nothing personal”. He has been featured on a plethora of notable comedy shows. In addition, Jim often hits the roads to travel across the country in order to perform and entertain the troops and has also worked alongside other iconic comedians such as Bill Burr, Joe Rogan, Lewis Black, and others.

Professional stand-up comedian, amateur drag king, and retired soccer player from Massachusetts, Kate Sisk, rounded out this amusing lineup. Much of Kate’s comedy is centered around life as a gender-nonconforming person and former member of the Puerto Rico Women’s National Soccer Team. This storytelling has earned recognitions and appearances in the HBO Women In Comedy Festival and the Finals of the Boston Comedy Festival.

Also!  Save the date … for January 1st 2023 as the laughs continue into the New Year. To bring in the new year on a hilarious note, comedian and former Lieutenant Governor candidate Jimmy Tingle will be performing a new show at the Chevalier Theatre in Medford. The writer, actor, activist, and entrepreneur well known for his Harvard Commencement speech in 2010 grew up working class and now is dedicated to using humor for purposes beyond entertainment. Tingle has won Boston Magazine’s “Best of Boston” awards in two different categories and is sure to leave you all gasping for a breath, in a good way of course!