Welcome to the Legacy Ming Tsai! 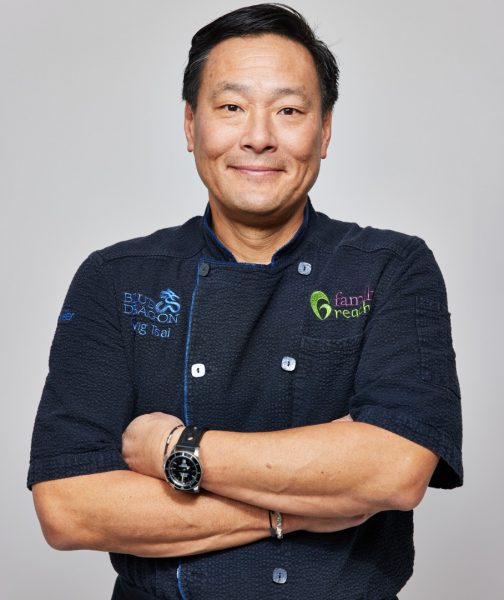 On September 14th at the Union Oyster House, Ming Tsai was inducted into the American Academy of Chefs Culinary Hall of Fame. 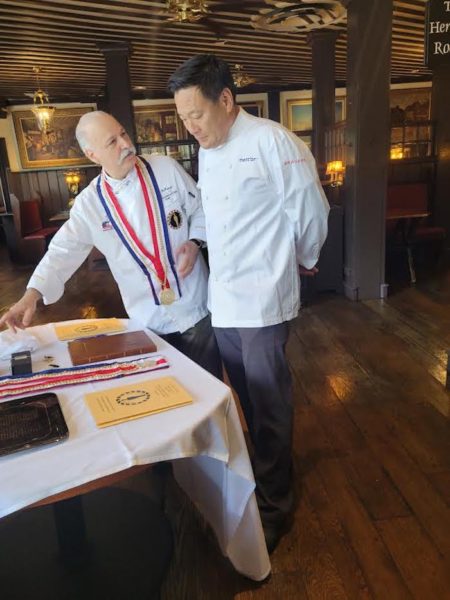 Raised in Dayton, Ohio, Ming Tsai quickly fell in love with the restaurant business as his family owned and operated a restaurant called Mandarin Kitchen. He soon decided that he needed to attend school on the East Coast. With so many top notch institutions in the area it made that decision even more difficult. Tsai spent his high school years at the highly prestigious Phillips Andover located in none other than Andover, MA. Following graduation, Yale was the next stop where he worked towards a degree in Mechanical Engineering. While in college, Tsai took the summers to travel, and study, at Le Cordon Bleu where he was able to learn from some of the best chefs there were. This experience was so rewarding that he went back for more upon graduation and moved to Paris. Graduate school was in the cards for Tsai upon his return to the states as he chose to attend Cornell University.

With an education so rich as Tsai’s, he was almost destined for greatness. He is known as a James Beard and Emmy award winning chef, entrepreneur, TV personality as the producer and host of PBS’ Simply Ming, and philanthropist. If that wasn’t enough, Tsai is also the author of five cookbooks.

The hard work and persistence throughout the career of Ming Tsai did not go unnoticed as he was inducted into the American Academy of Chefs Culinary Hall of Fame by the American Academy of Chefs, the Honor Society of American Culinary Federation. This new category of induction celebrates the trendsetters and icons of the culinary world and commends them for the mentorship they are providing to future generations of chefs. Tsai has been dedicated to distinguishing himself in the culinary world and will continue to do so.

The Union Oyster House opened its doors for this event and Owner, Joe Milano, and Executive Chef, Rico DiFronzo, had the honor of physically presenting the award to Tsai. Guests were welcomed with food and drink featuring Ming’s newest creation MingsBings. MingsBings are protein packed vegan pockets that were created by Tsai in response to the news of his wife being diagnosed with Stage 4 Lung Cancer as plant based vegan food helps reduce inflammation. It was a heartfelt notion for these to be included at the event. 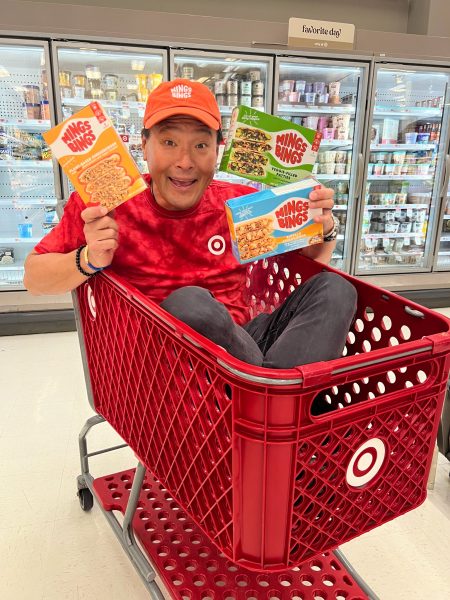 MingsBings donates a portion of proceeds to Family Reach and Dana-Farber Cancer Institute and the Jimmy Fund. If interested in learning more about this product and supporting the cause, visit the website here.

Looking for recipe inspiration or cooking tips from this Hall of Famer? You most definitely should click here.