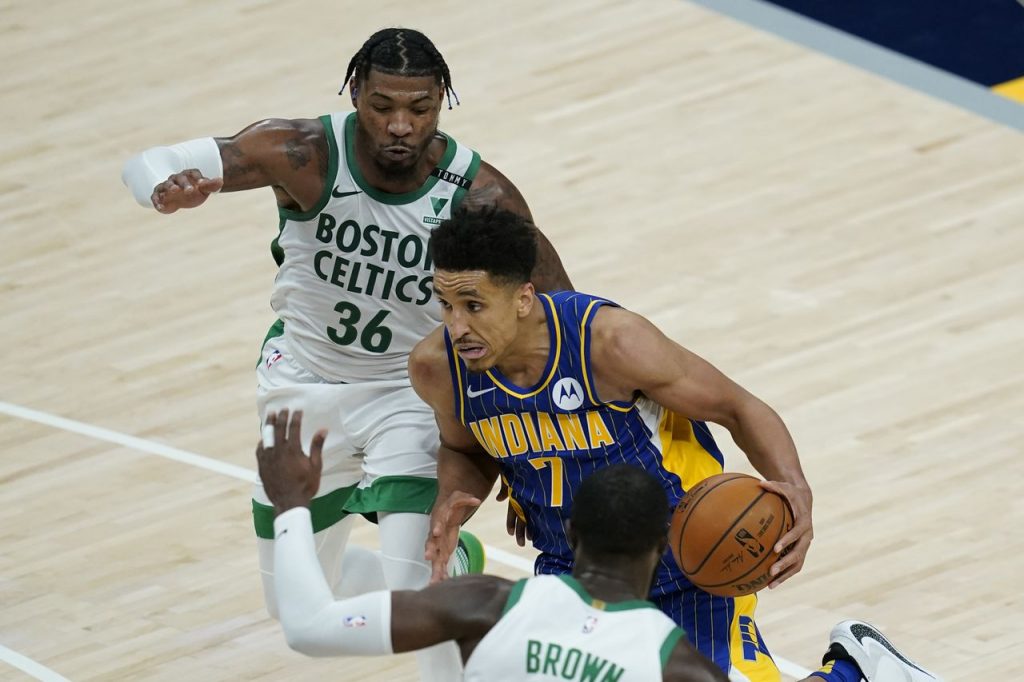 The Celtics traded a top-12 protected first round pick, Aaron Nesmith, Daniel Theis and three other bench players for Pacers guard Malcolm Brogdon. The Celtics reached Game 6 of the NBA Finals, but failed to secure the franchise’s 18th championship due in large part to a stagnated offense. Brogdon is the type of player that can break the Celtics offensive logjam and help get Boston over the top next season.

Brogdon, 29, has played six NBA seasons, three with Milwaukee and three with Indiana. At 6’5” and 229 pounds, he is bigger than Derrick White and two inches taller than Marcus Smart. What really differentiates him from Smart and White is his scoring ability. He has had four seasons in which he has averaged at least 15 points per game; Smart has never done that and White has done it only once. In the last two seasons. Brogdon has averaged 21.2 and 19.1 points per game, respectively.

His assist numbers are similar to Smart, but he is a better ballhandler than both Smart and White. His scoring and ballhandling will be crucial in two areas. First, Brogdon can run the second unit offense and allow Jayson Tatum and Jaylen Brown to get more rest each night. Tatum appeared to be running on fumes in the latter half of the NBA Finals and the fact that he had the fourth-most total minutes played in the regular season and averaged 41 minutes per game in the playoffs. More rest for Tatum and Brown, especially Tatum, will be a major benefit to the Celtics in the long run.

The second, and most important, area that Brogdon will provide an upgrade is late game offensive execution. Ime Udoka said that his biggest concern in the NBA Finals was the Celtics offense, not stopping Steph Curry and the Warriors potent attack. The facts bared that out, the only two games the Celtics won were also the only two games the Celtics scored 100+ points in. One can also point to the last five minutes of: Game 5 vs Milwaukee, Game 6 vs Miami, Game 7 vs Miami and Game 4 against Golden State for woeful examples of the Celtics missing shots, turning the ball over or being completely stagnant on offense. Each of those games featured a late Boston lead, but the only one of those contests they won was Game 7 against Miami and that was by the skin of their teeth.

The trade for Malcolm Brogdon (and subsequent signing of Danilo Gallinari) addresses a major need the Celtics have and arguably the single biggest thing that prevented them from winning a championship last month. Boston is currently the deepest team in the NBA on paper. The road will not be easy as the Bucks and Heat still loom in the East and Golden State is not going away in the West, but after the addition of Brogdon the Celtics should be considered one of the favorites to win the 2023 NBA Championship as long as their core stays healthy.